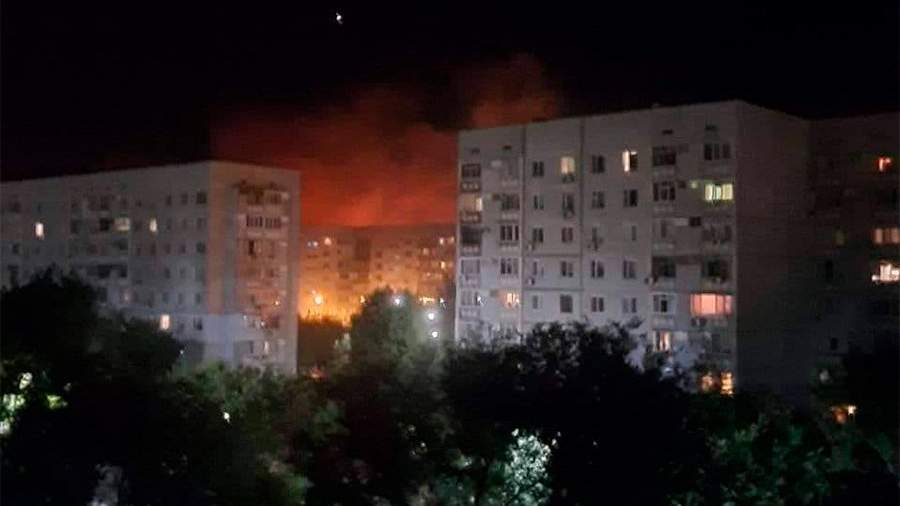 The number of residents affected by the shelling of Energodar by Ukrainian militants has increased to seven people. This was announced on August 28 by Vladimir Rogov, a member of the administration of the Zaporozhye region.

“The number of victims as a result of the evening shelling of Energodar by militants [президента Украины Владимира] Zelensky reached seven people – five of them received minor injuries, two were seriously injured, ”Rogov wrote in his Telegram channel.

On the same day, the press service of the administration of the Zaporozhye region reported about the shelling of residential areas of Zaporozhye Energodar. For about an hour, Ukrainian nationalists conducted targeted shelling of civilian infrastructure.

On the same day, the Russian military shot down a kamikaze drone of Ukrainian nationalists over the Zaporozhye Nuclear Power Plant (ZNPP), the purpose of which was a spent nuclear fuel storage facility. The drone crashed on the roof of the nuclear power plant. After hitting the roof, the wearable charge detonated, but there were no infrastructural damages and no human casualties.

On August 26, Alexander Volga, head of the administration of Energodar, reported on the shelling of the ZNPP from the American howitzer M777. Another regular shelling of the ZNPP was recorded earlier that day – Ukrainian neo-Nazis fired at least four shells at the station, there was no damage. Later, another flight occurred again.

The Ministry of Defense of the Russian Federation and the authorities of Energodar have repeatedly announced the shelling of the ZNPP, which is the largest nuclear power plant in Europe. Attacks from militants became more frequent in August. Projectiles were also reported to have fallen near the radioactive isotope storage facility.

Energodar, together with Zaporizhzhya NPP, came under the control of the Armed Forces of the Russian Federation during the military operation carried out by Moscow since February 24 to protect the Donetsk and Luhansk People’s Republics (DPR and LPR). Its beginning was preceded by the aggravation of the situation in the region, the appeal of the leadership of the Donbass republics to the Russian Federation with a request for help and the subsequent recognition by Russia of the independence of the DPR and LPR.