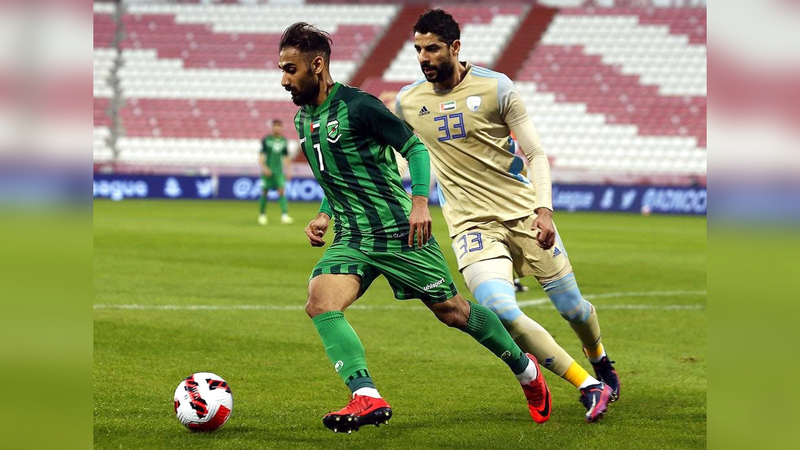 The Al Dhafra match with Al Orouba, which will be held tomorrow at Al Dhafra Stadium, in the 26th and final round of the ADNOC Professional League, attracts attention without the rest of the matches of the round, as the identity of the team that will be relegated to the amateur league will be determined with the Emirates team, which was officially relegated three rounds ago. Al Orouba is in 13th place, penultimately, with 18 points, while Al Dhafra is in 12th place with 21 points.

The tour will also witness the holding of Al-Wahda matches with Al-Nasr and Al-Wasl against Al-Jazira tomorrow, and the matches of that stage will be completed on Thursday with four matches, in which Khorfakkan will meet with Al-Ahly youth, and Bani Yas with the Kalba Union, and the Emirates with Ajman, and conclude with Al-Ain’s meeting with Sharjah, which will witness a coronation ceremony title leader.

The result of the Al Dhafra and Al Orouba match will decide the identity of the second team that will move to the Amateur League, after Al Orouba continued to resist in the last four rounds until it revived hopes for itself from the womb of suffering and was able to reduce the difference to three points after it was in Round 21 seven points.

Al-Uruba has no options but to win and nothing else to stay in the professionals, while Al-Dhafra enters the meeting with the chances of winning or drawing.

The training school is similar for both teams, as Al Dhafra is coached by Moroccan coach Badreddine Al Idrissi, while Al Orouba is led by Tunisian coach Fathi Al Obeidi. The two coaches belong to the North African Football School, which is characterized by good organization, tight defense and counter-attacks.

The numbers monitored by the Professional League website are very close between the two teams before their expected confrontation, as both of them have many points that give them chances of excellence in that fateful confrontation.

In terms of scoring goals, both are equal in scoring 24 goals, while Al Dhafra excels in the least goals reception, as it conceded its net on 36 occasions, compared to 55 times for Al-Arabiya.

The power of Arabism comes in possession, which amounted to 40%, while the percentage of Al Dhafra came to 36%. The visiting team also excels in terms of successful dribbles, with an average of 240 attempts, compared to 193 for Al Dhafra, and also excels in the number of passes by 7835, while Al Dhafra has 7258.

On the other hand, Al Dhafra enjoys many advantages, especially in terms of the lack of errors. In 25 matches, he committed only 237 lines, while Al Orouba made mistakes 287 times, and the first has 35 yellow cards, and Al Arabism has 49.

The biggest problem facing Al Dhafra remains in the number of red cards that its players get five times compared to once for Al Arabiya, and Al Arabiya gets four kicks and counts eight strikes, without Al Dhafra receiving any penalty kicks and committing six mistakes.

Al Dhafra got 111 corner kicks, compared to 101 for his opponent, and the number of his shots on the goal was 89, while his opponent shot 63 times, but Al-Uruba is slightly ahead in the percentage of scoring opportunities that he had with a rate of 13.33% compared to only 11.16%.

The two goalkeepers received a large number of shots, most of which were against Al-Orouba, with 419 shots, compared to 385 for Al Dhafra.

• Al Dhafra enjoys few mistakes, as he committed only 237 errors in 25 matches.