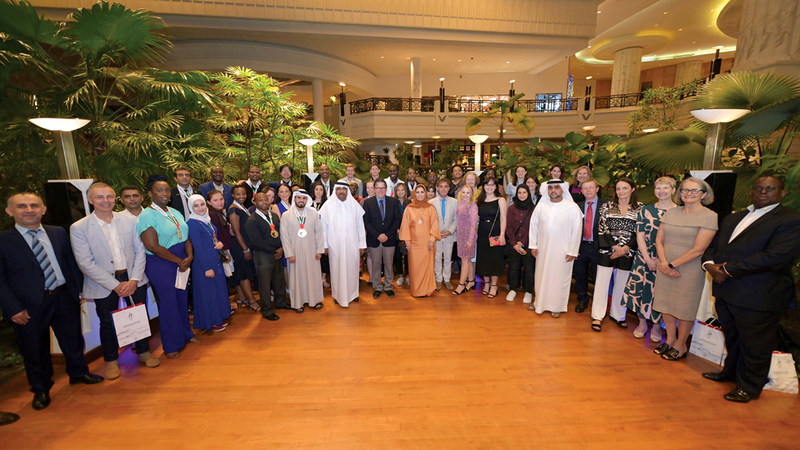 At the end of the ceremony, the lecturers were honored in appreciation of their efforts in presenting and reviewing scientific materials. The program’s affiliates were also honored, and memorial shields were handed over and exchanged between the National Olympic Committee and the Executive Master’s Administration. Engineer Azza bint Suleiman stressed the importance of applying the principles of the Olympic movement, spreading high sports values, and benefiting from scientific and academic standing that reviewed many axes, whether in the current stage in Dubai or throughout the past stages, to contribute to raising the level of Olympic committees, which is reflected on athletes in all Posts and benefits.

• The 24th edition of the program was attended by scholars from Olympic committees from different countries of the world, sports federations, and sports workers.