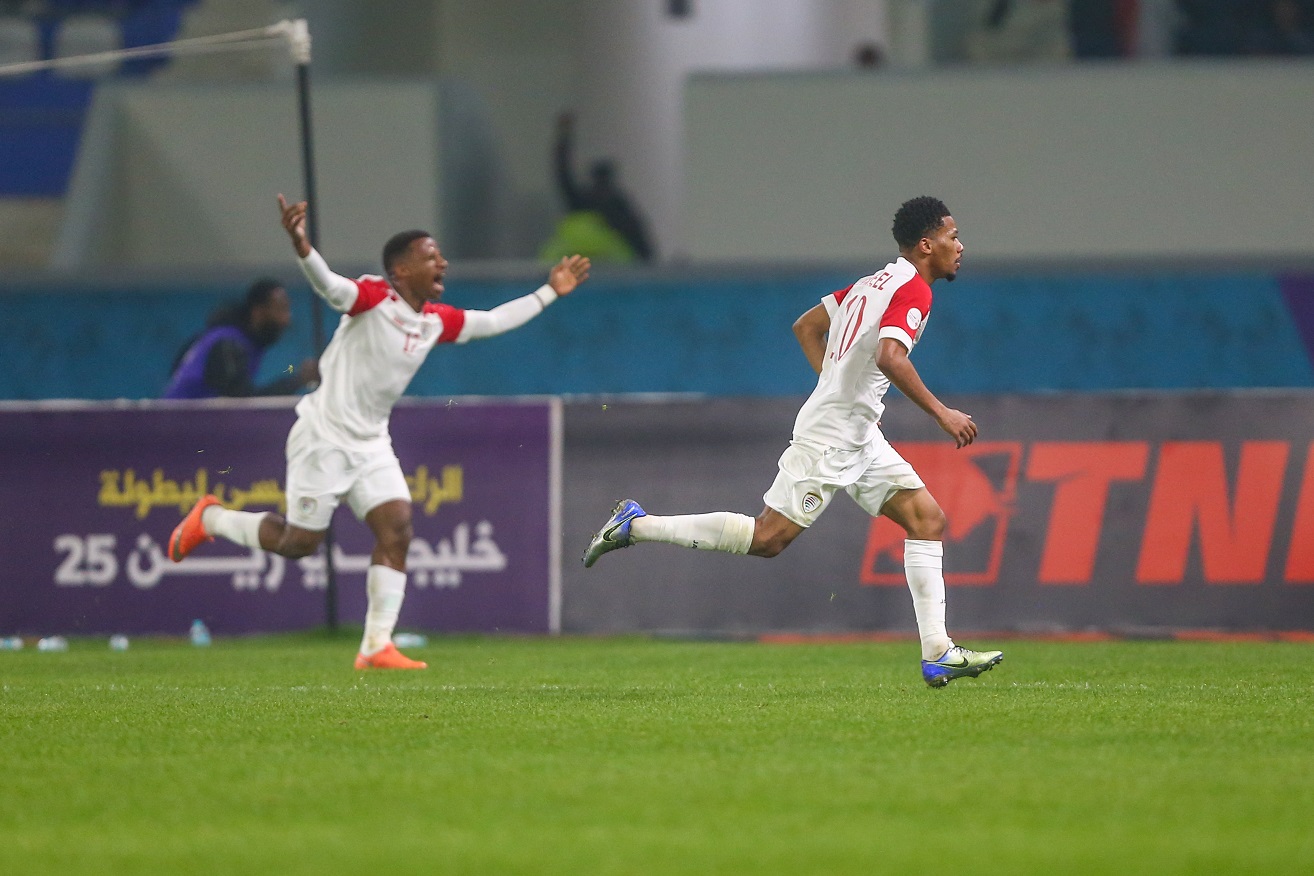 The Omani national team achieved a 1-0 victory over its Bahraini counterpart, the holder of the championship title in the last edition in Qatar in 2019, to snatch the pass to the final match of the Arab Gulf Cup Football Championship (Gulf 25).

The Omani team will play with its Iraqi counterpart in the final match next Thursday.

Jamil Al-Yahmadi scored the only goal of the match for the Omani national team in the 83rd minute.
The first half came to witness caution in the attacks from both sides, as there was no great danger in the goal of either Sayed Jaafar, the goalkeeper of Bahrain, or Ibrahim Al-Mukhaini, the goalkeeper of Oman.

Despite the great control of the Omani team and its possession of the ball more than its Bahraini counterpart, the real chances were for Bahrain, which was despite the lack of its most dangerous attacks in the first half.

The Bahraini team attacked with Abdullah Youssef and Abdul Wahhab Al Maloud behind him, while the duo Ali Madan and Mahdi Al Humaidan moved on the right and left sides.

On the other hand, the Omani national team relied on defense in an organized manner, as well as its brilliant goalkeeper, Ibrahim Al-Mukhaini.

The remaining minutes of the first half did not witness anything new, so the referee blew the final whistle with a goalless draw.

In the 59th minute, the players of the Omani national team demanded a penalty kick after its player, Al-Mundhir Al-Alawi, fell inside the penalty area, but the referee indicated to continue playing.

Jamil Al-Yahmadi, the player of the Omani national team, hit a powerful ball from outside the penalty area in the 62nd minute, but his ball passed to the left post of the Bahraini goal.

And the Omani national team succeeded in scoring a goal through Al-Yahmadi in the 83rd minute, after he hit a very powerful ball from outside the penalty area. Bahrain goalkeeper Sayed Jaafar did not succeed in stopping it, as it continued its way into his net.

The remaining minutes of the second half did not witness anything new, so the referee blew the final whistle, with the Omani team winning 1-0.