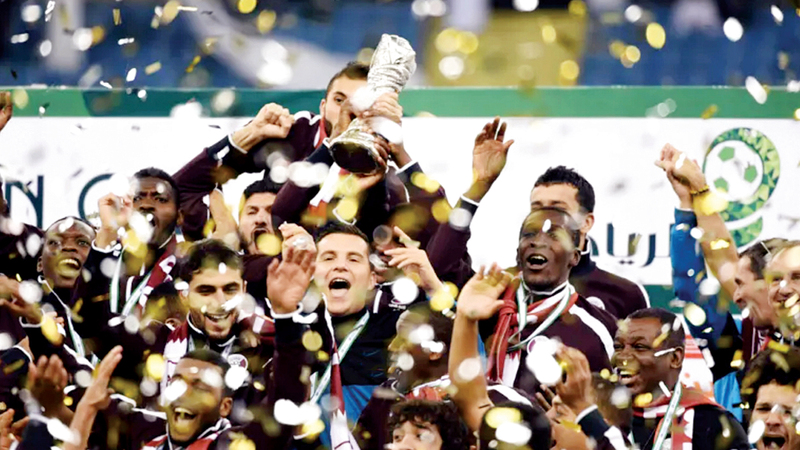 In 2014, the Qatari national team achieved its third title in the Arabian Gulf Cup, in the 22nd edition in Saudi Arabia, in which it collected the historically lowest score for the champion in the Gulf championships in the preliminary round, before qualifying for the semi-finals, and then snatching the title.

The Gulf Championship 22 was played with a group league system of two groups, to place the Qatari team in the first group next to the teams of Saudi Arabia, Yemen and Bahrain, in a tournament that Al-Annabi started with a positive draw with the Saudi “Al-Akhdar” with a score of (1-1), and then a negative draw against Yemen and Bahrain. It was enough for the Qatari team to qualify for the second round as the runner-up of its group with only three points, as the lowest score for a team that reached the golden square in the history of the tournament, while the Saudi team topped the group with seven points.

Al-Annabi successfully passed the semi-finals, after defeating Oman (3-1), and sets a date with Saudi Arabia in the final, after Al-Akhdar succeeded in eliminating the Emirati White by defeating it (3-2).

In the final, the Saudi team did not intercede for the opening of the scoring in the 16th minute through Saud Kariri, after the Qataris equalized after less than two minutes via Al-Mahdi Ali, and the Qataris waited until the 58th minute to announce victory, with Boualem Khoukhi scoring the second goal.