WorldThe opposition is taking advantage of Erdogan's decline in popularity and heading...
World 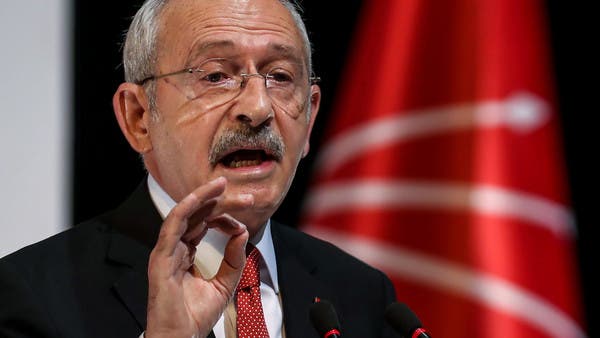 Kemal Kılıçdaroğlu, leader of the Republican People’s Party, which is the main opposition party in Turkey, made controversial statements after revealing that the parties formed after the resignation of their founders from the Justice and Development Party share a unified political discourse with his party, which suggests his intention to ally with it. Especially since Kılıçdaroğlu announced earlier his willingness to grant the new parties representatives from his party if the ruling party led by President Recep Tayyip Erdogan tries to prevent them from participating in the upcoming presidential and parliamentary elections.

“The CHP has a common discourse with the Future, Democracy and Construction parties,” Kılıçdaroğlu said, which was founded by former Turkish Prime Minister Ahmet Davutoglu and his deputy Ali Babacan after both resigned from the AKP.

The party led by Kilicdaroglu and the two new parties agree to “return to the parliamentary system” after the entry into force of the presidential system in the summer of 2018, which granted Erdogan wide powers after he abolished the post of prime minister in the country.

Commenting on the possible alliance between the main opposition party and the two new parties, Khurshid Delly, a political analyst and researcher on Turkish affairs, revealed that there are 3 reasons that push these parties to ally themselves in any future elections.

In a statement to Al-Arabiya.net, he stressed that “the consensus against Erdogan and his removal from power and the approaching election date, in addition to Turkey’s need for comprehensive reforms in the form of a road map to return to the parliamentary system, as well as the desire to find a peaceful political solution to the Kurdish issue, push this parties to ally themselves.

He added, “The establishment of such an alliance is a strong blow to the ruling party, because it will negatively affect its popular support, which has been declining recently in exchange for the emergence of a strong role for the opposition, and this proposal may prompt some hesitant voters, to stand by the opposition, especially if these parties agree With the Peoples’ Democratic Party, which represents the significant Kurdish electoral bloc that can remove Erdogan from power in the upcoming elections.”

The Turkish opposition is preparing from now to participate in the presidential and parliamentary elections that Turkey will witness in less than two years, but the ruling party is trying to make changes in the parties and elections laws to prevent new parties from participating in them.

The current party law in Turkey allows 20 deputies from an old party to resign and join a newly established party, to form a parliamentary bloc and participate in presidential and parliamentary elections. It is an item that Kilicdaroglu is trying to take advantage of by announcing earlier that he is ready to transfer 20 deputies from his party to any new party that enters into an electoral alliance with him.

Kılıçdaroğlu said earlier that Hazze is working with members of the opposition Umma Alliance, which includes the (nationalist) and happiness (Islamic) parties, to define the criteria for the proposed parliamentary system, stressing that the door is open for the Future, Democracy and Construction parties to join this alliance “in the event that They wanted to,” he said.

The opposition parties hold regular meetings to develop a joint discourse on adopting the idea of ​​having one candidate to compete with Erdogan in the next elections that will take place in June 2023.

The results of the latest survey conducted by the “Metropol” company for research and opinion polls revealed a significant decline in the popularity of the ruling party, as it showed that it will not get more than 29.3 percent of the vote in any upcoming elections, even though it has already obtained 42.56 percent of the votes in the elections that Turkey witnessed in 2018.

Previous articleAlanis Morissette reveals she was sexually abused in the industry
Next articleICC Dog Of The Month Award .. Video shared by ICC