The Pentagon to the Americans: Do not go to fight in Ukraine 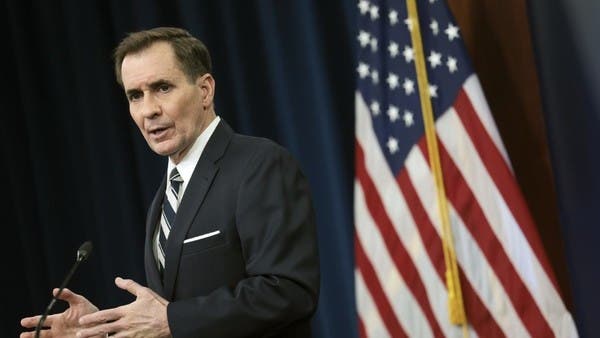 The US Department of Defense (Pentagon), on Friday, urged Americans not to go to Ukraine to participate in the war, after a young American man was killed while fighting against Russian forces, according to members of his family.

“We continue to urge Americans not to go to Ukraine,” Pentagon spokesman John Kirby told CNN, adding that the news of the young man’s death was “sad” and he offered his condolences to his family before adding: “It’s a war zone … not a place that should be.” for the Americans to go there,” according to Agence France-Presse.

For her part, the mother of the dead man, Rebecca Cabrera, told the same network that Willie Joseph Cancel, whose death was announced on Monday at the age of 22, arrived in Ukraine in mid-March.

“He wanted to go there because he believed in what Ukraine was fighting for, and he wanted to be a part of it in order to contain (the threat) there and prevent his arrival here,” the mother of the dead man added.

It is noteworthy that the young man left behind a wife and a seven-month-old baby, according to the American press. His wife, Brittany Cancel, confirmed his death in a statement sent to several American media outlets, saluting the “courage of her heroic husband.”

Willie Joseph Kansel is a former Marine who joined a private paramilitary company and volunteered to fight in Ukraine.

Notably, shortly after the start of the Russian military operation on February 24, Ukrainian President Volodymyr Zelensky called for the formation of an “international corps” of foreign volunteers to help defend Ukraine.

And Ukrainian Foreign Minister Dmytro Kuleba revealed in early March that the number of foreign volunteers who arrived in his country was about 20,000.