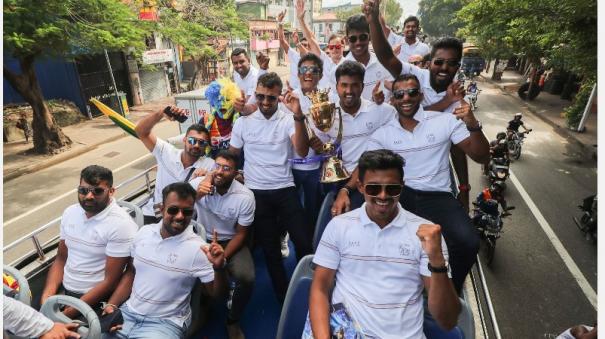 Colombo: The people of that country have given an enthusiastic welcome to the Sri Lankan team that has returned home after winning the Asia Cup. The reception starts from the airport. It has brought smiles to the population of 22 million people.

The island nation of Sri Lanka is mired in a dire economic crisis. There is a shortage of essential necessities for the survival of the people in that country. In such an environment, the game of cricket is an antidote to the misery of those people. It has instilled hope in the minds of many.

The ongoing Asia Cup series started with a crushing defeat to Afghanistan in the first match. The Sri Lankan team faced some setbacks in the Asia Cup series as they fought to the end and won against the Bangladesh team in the next match. After that everything is success. They have won 5 matches in a row and become the Asian champion. Sri Lanka has also defeated teams like India, Pakistan, Afghanistan and Bangladesh.

In the final match to win the cup, Sri Lanka batted first and won the match as the team that wins the toss and bowls first has a bright chance of winning. People have given an enthusiastic welcome to the team that returned to the country with such success. The players crawled around Colombo in an open-top bus.