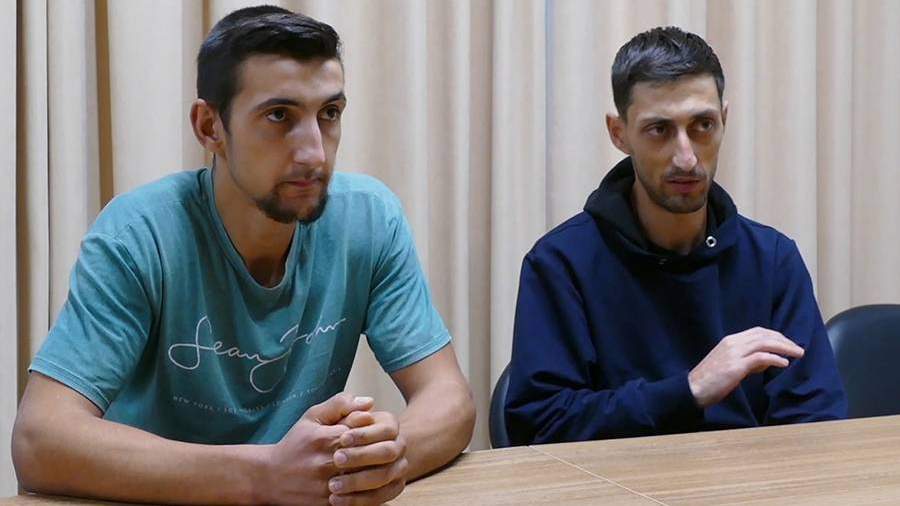 The representatives of the Ukrainian special services, who were behind the organization of the gas pipeline blowing up in Crimea, threatened the perpetrator of this sabotage with reprisals. This was announced during interrogation by one of those arrested in the case of sabotage, follows from a video distributed on September 15 by the Center for Public Relations (DSP) of the FSB of Russia.

“These people from Ukraine called me, they threatened. One of them told me: look out the window. I looked out, then they say: your daughter is playing in the sandbox, and your son is standing by the barrel, and there is a nut behind the house. The next time you look out, the children will be hanging there. You have to take this thing [взрывное устройство] and do what we say, ”the man said.

He also noted that the organizers of the sabotage knew everything – information about spouses, place of work and residence, and at a meeting in Kherson they were asked to fill out questionnaires.

The detainee stressed that he committed sabotage only because of incoming threats to his family.

“I now understand that these people used me for their own purposes. Through “Mezhelis” (recognized as an extremist organization and banned in the Russian Federation), they influence the Crimean Tatars in Crimea in order to cause them hostility, some kind of hatred towards the Russian Federation, “the suspect noted.

Earlier that day, the FSB named everyone involved in the sabotage on a gas pipeline in Crimea, from executors to curators from Ukrainian military intelligence.

So, the organizers of the sabotage are: Riza Yagyaev-Veliulaev, an agent of the Main Intelligence Directorate (GUR) of Ukraine, who escaped from Crimea after a thwarted terrorist act in August 2016, in whose complicity he took part, as well as his curators – Ukrainian military intelligence officer Maxim Martynyuk and his immediate superior, head of the Tavria operational service, Viktor Zelinsky.

At the same time, the sabotage was sanctioned by the head of the GUR, Kirill Budanov, who was a participant in the unsuccessful action in 2016.

Earlier this month, Crimean residents were detained: the mediator is the deputy chairman of the extremist organization Mejlis of the Crimean Tatar People (Mejlis), which is banned in Russia, Nariman Dzhelyalov, and the direct perpetrators of the sabotage are Asan and Aziz Akhtemov.

On September 6, the suspects were arrested on November 4 this year.

The sabotage took place on August 23: a gas pipeline was blown up in the mountainous part of the region, which is used to supply the village of Perevalnoye and the military unit. The gas pipeline was restored the next day. A criminal case was opened on the fact of deliberate damage to the highway. Law enforcement agencies stated that the damage could have occurred “as a result of the unlawful actions of unidentified persons.” Those involved in the crime were then put on the wanted list.