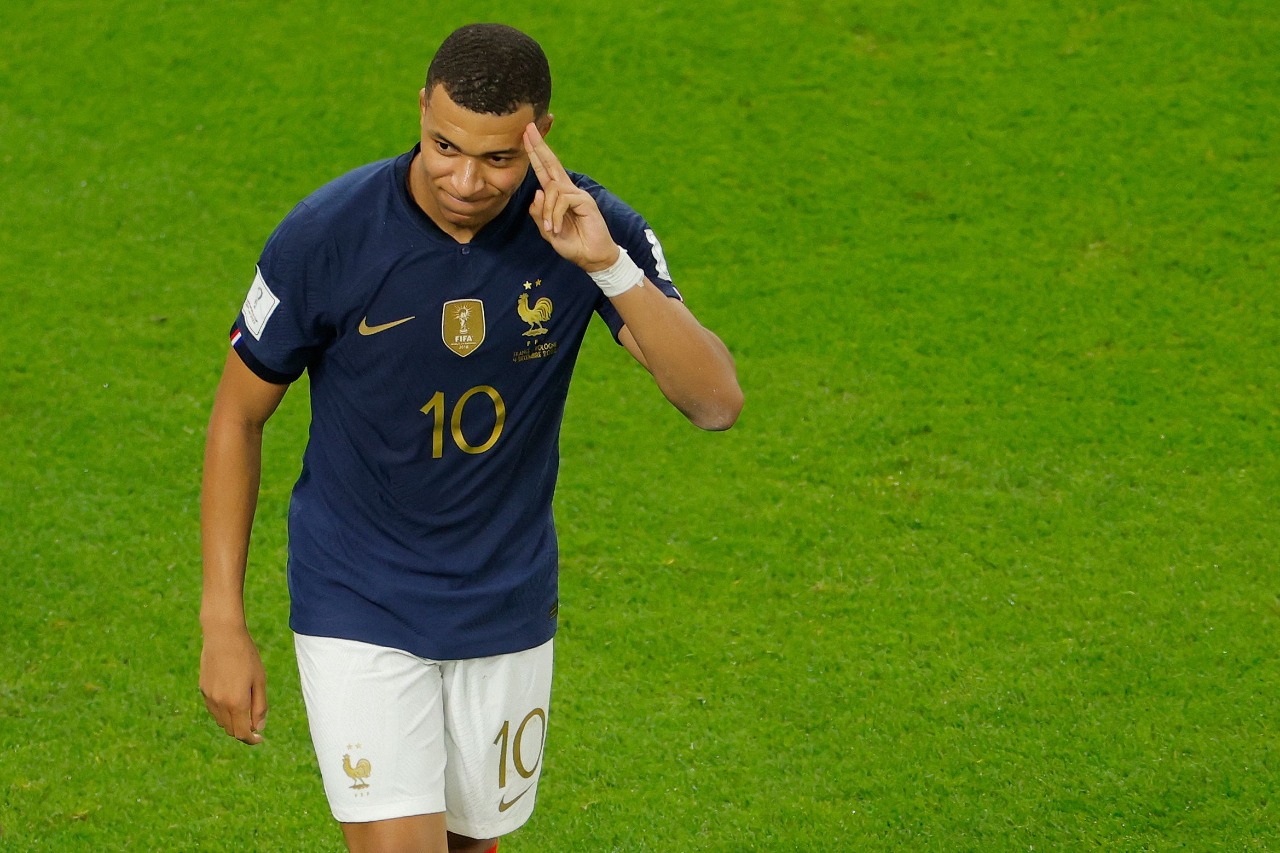 French star Kylian Mbappe set a new history in the World Cup after he scored two goals today for France against Poland in the round of 16 to lead his country to a 3-1 victory, and reached the number of 5 goals in the Qatar World Cup 2022, two goals ahead of his closest competitors, announcing Himself a strong contender for the tournament’s top scorer title.

France won the round of 16 and advanced to the quarter-finals of the tournament, waiting for the winner from England and Senegal on its way to try to repeat the achievement of the World Cup title for the second time in a row, thanks to the French talent, Mbappe.

And after Mbappe scored 5 goals in the tournament, he now has 9 goals in the history of his participation in the World Cup tournament when he did not reach the age of 24, surpassing the number of historical legend Pele, who had scored 7 goals before he reached 24 years old.

And with the nine goals so far in the World Cup, the 23-year-old young star has surpassed the numbers of Cristiano Ronaldo, the 37-year-old, who has scored 8 goals in 5 copies of the tournament so far. In his history, he won the first World Cup title at the age of 19.