The physical strength team wins 4 medals at the Asian Championships 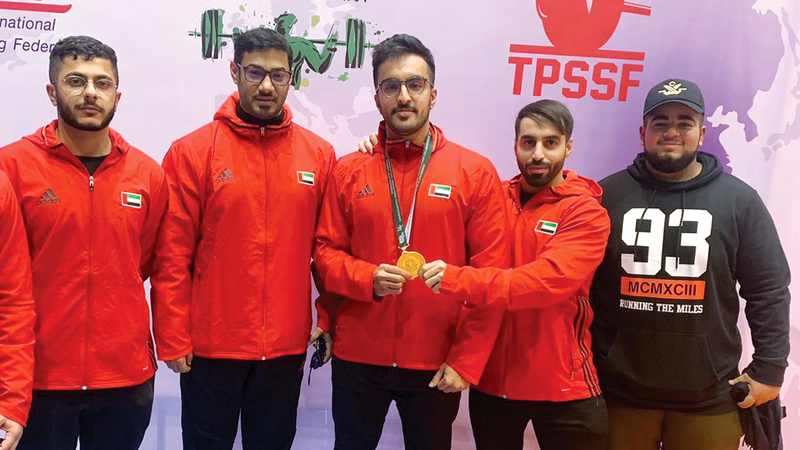 The UAE national team won four colorful medals in the Asian Championship for Physical Strength, organized by the Asian Confederation, in cooperation with the Turkish Federation of Physical Strength, which will be held in Turkey, and concludes tomorrow. 93 kilograms, Maid Reda, 84 kilograms, and Omar Al-Heli, in the open weight, and in the men’s competition, Mansour Al Marzouki won silver, weighing 74 kilograms.

The Chairman of the Board of Directors of the Emirates Federation for Body Building and Fitness, Sheikh Abdullah bin Hamad bin Saif Al Sharqi, congratulated the General Sports Authority, the National Olympic Committee, the sports family, the crowned players and the technical and administrative staff of the team, for winning the medals, stressing in a press statement that this translates the training efforts of the players and their coaches and confirms That the game is going in the right way, noting that the victory of three young players reflects the correctness of the strategy that the Physical Strength Committee is working on to build a team of the current generation for the future.