The pipe will call: how the launch of Nord Stream-1 will affect the market 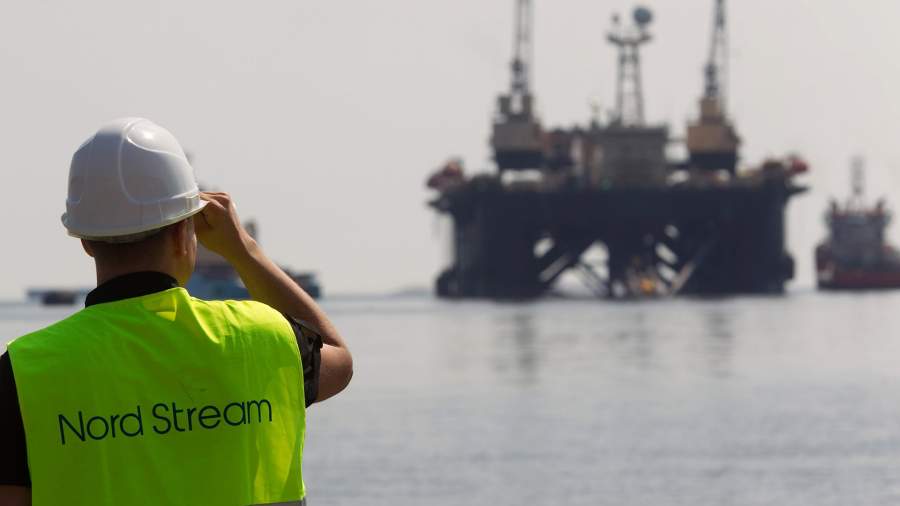 The price of gas in Europe may continue to decline to $1,000-1,200 per thousand cubic meters amid the launch of Nord Stream 1. So say the experts interviewed by Izvestia. On July 21, on the news of the resumption of the operation of SP-1, prices for blue fuel in Europe at the opening of trading started from $1580, having decreased by more than 3% compared to July 20, but by 18.00 Moscow time they reached $1611. Gas deliveries via Nord Stream reached the level before the shutdown of the gas pipeline for repairs – about 40% of the maximum, data was provided by Nord Stream AG (project operator). Until all the turbines are repaired, the gas pipeline will be able to operate at a maximum of 60%, and it will not reach full capacity until the end of autumn, experts say.

Gas supplies via Nord Stream 1 on July 21 reached the level before the shutdown of the gas pipeline for repairs – about 40% of the maximum, according to the data of the project operator – Nord Stream AG. According to the company, the physical flow of gas from 07:00 to 08:00 Moscow time amounted to almost 1.9 million cubic meters – about 30% of the pipeline’s capacity, and from 08:00 to 09:00 increased to about 2.66 million cubic meters. Nord Stream AG announced the successful completion of all planned work on both strings of the gas pipeline on time. The repair schedule and plan were agreed in advance with the partners of the gas transportation operator.

As Izvestia wrote, Nord Stream has operated at less than half its capacity since mid-June (67 million cubic meters per day out of 167). Siemens gas turbines were sent to Canada for repairs, and the country refused to return them due to anti-Russian sanctions. Later in Ottawa announced the decision to return the equipment of Gazprom, but so far the company has not received it. Canada itself expects to enter the European market with its own oil and gas, therefore it does not give the Russian Federation a turbine for the gas pipeline, Russian President Vladimir Putin said on July 20 at the Strong Ideas for a New Time forum.

On July 21, German Economy Minister Robert Habek noted that the Siemens turbine for SP-1 had arrived in Germany at the beginning of the week. The country’s authorities will report when the equipment will be handed over to Gazprom. In the same day against the backdrop of news about the resumption of the work of NS-1, gas prices in Europe showed a decrease of 3% compared to the price on July 20, opening the trading session at around $1,580 per thousand cubic meters. At 18:00 Moscow time the price reached $1611according to ICE trading data.

— After the launch of Nord Stream, gas prices in Europe will continue to decline. The first price drop was last week, when an agreement was reached between the Canadian and German authorities to return the Siemens turbine. In the next month, blue fuel quotes may decrease to $1200-1400 per thousand cubic meters, – Izvestia was told in the investment company Freedom Finance.

If there are no new shocks to gas supplies from the Russian Federation, then on the horizon of several months, we can expect a gradual return in gas prices closer to $1,000says Sergey Kaufman, an analyst at FG Finam.

Blue fuel will continue to fall in price, but not significantly, since the EU stocks are not so large now that one can not be afraid of problems in the winter, and the pipeline has not resumed operation at full capacity, Dmitry Aleksandrov, head of the analytical research department at IVA Partners Investment Company, believes.

According to experts, Nord Stream can reach its full capacity only at the end of autumn. This requires written guarantees from Western partners that all turbines will be repaired and sent back to Russia, Stanislav Mitrikhovich, a leading expert at the National Energy Security Fund (FNEB), told Izvestia.

– Puntil all the turbines are repaired, the gas pipeline will operate at a maximum of 60%, and will be able to reach full capacity at the end of autumnif it comes out at all, he thinks.

It is not enough to get a turbine, we still need documents authorizing its operation and confirming its repair in accordance with international requirements, agrees the head of the analytical department of AMarkets Artem Deev.

– still the issue of scheduled maintenance of other units has not been resolved – there are five of them. Siemens did not set a deadline for repairs, as a result, out of eight gas turbines, only two are operating at Nord Stream. There will be three when the turbine is delivered from Canada next week,” the expert said.

— We need some kind of agreement that will return the situation with the supply of Russian gas to a certain legal channel, involving mutual, and not unilateral respect for obligationssays the expert.

However, according to the head of the Center for Energy Development Kirill Melnikov, given the severity of the political situation, no written guarantees can give Russia confidence that Canada and Germany will comply with their obligations to repair equipment. Therefore, the Russian Federation may seek to maintain direct leverage on the German authorities on the issue of gas supplies, the expert believes.

— In the European gas market, a situation may arise in which Germany will under no circumstances be able to do without Russian gas this winter without causing unacceptable damage to its economy.. Thus, the faster European UGS facilities are filled (due to LNG purchases), the more likely Nord Stream deliveries will be reduced so that stocks in storage facilities at the beginning of winter will not allow Germany to pass it without acquiring volumes from Russia , the expert noted.

However, he does not expect Gazprom to significantly reduce Nord Stream deliveries from its current level of 40% of design capacity as the EU has faced increasing competition from Asian buyers for LNG in recent weeks.

— Significant volumes of LNG that arrived in Europe in May-June became possible only due to a decrease in purchases from China due to outbreaks of covid. We assume that in August-September, China will increase purchases, including spot shipments, which will slow down the filling of European storage facilities. Europe will have to minimize gas purchases in Russia, first of all, to reduce its own consumption, which will become a difficult task not only economically, but also politically: for example, Spain and Italy have already criticized the idea of ​​the European Commission to reduce gas consumption in August-April by 15% , and the Polish authorities said they did not intend to share the gas stored in Polish storage facilities with Germany– added Kirill Melnikov.

As Hungarian Foreign Minister Peter Szijjarto said on July 21 during his visit to Moscow, without sources from Russia it is impossible to purchase an additional 700 million cubic meters of gas.

“You can dream and build castles in the air, but this is the reality,” the politician emphasized.

According to Artem Deev, under the current circumstances, the gas pipeline may not be launched at full capacity until the start of the heating season in Europe. And given that abnormal heat persists in the Old World, the situation with filling storage facilities remains critical, added BitRiver financial analyst Vladislav Antonov.

According to Gas Infrastructure Europe (GIE), as of July 13, gas reserves in European underground storage facilities were replenished by 36.9 billion cubic meters. To achieve the UGS occupancy level at the beginning of the 2019/2020 withdrawal season, companies will have to pump another 35.5 billion cubic meters of gas, Vladislav Antonov estimated.