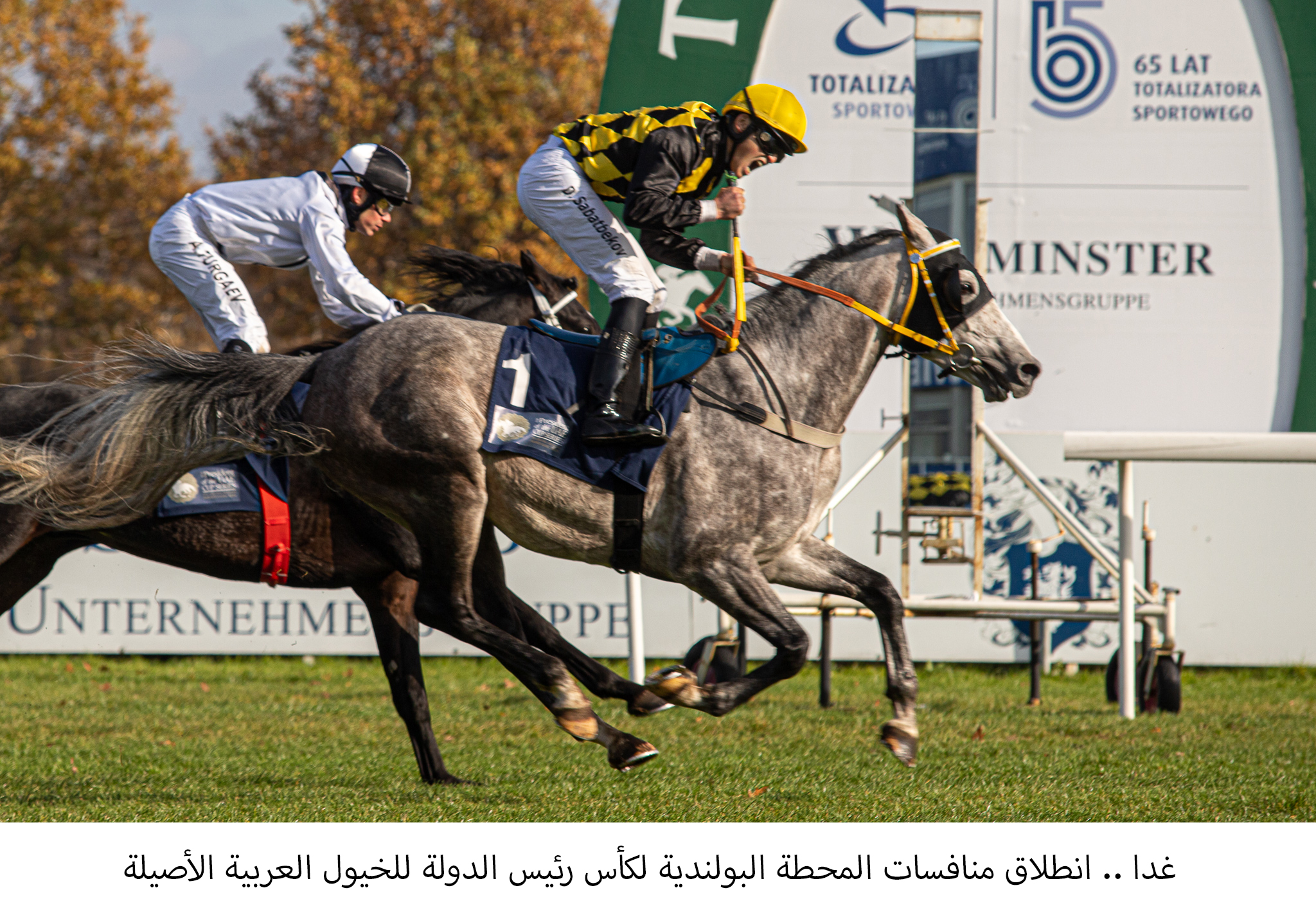 Tomorrow, Poland will host the fifth leg of the 29th edition of His Highness the President’s Cup for Purebred Arabian Horses, at the Slewwick Racecourse in the capital Warsaw.

The prestigious Cup series enjoys the attention and follow-up of His Highness Sheikh Mansour bin Zayed Al Nahyan, Deputy Prime Minister and Minister of Presidential Affairs, in continuation of the approach of the late Sheikh Zayed bin Sultan Al Nahyan, may his soul rest in peace, in encouraging the acquisition and care of the purebred Arabian horse, raising its status in all countries of the world and developing its presence. In the most important international festivals and races, and to maintain his authentic march.

Matar Al Yabhouni Al Dhaheri, Chairman of the Higher Organizing Committee supervising the President’s Cup races for Arabian horses, stressed the importance of the great achievements that the precious cup continues to achieve on European tracks, expressing his pleasure at arriving at Poland’s station, which is one of the great stations on the global racing calendar because of its great value to the Owners and breeders of Arabian horses, as it enjoys a large audience and media and promotional interest in the noble message of the Emirates through this precious series that strengthens the bonds of communication and introduces the world to the authentic heritage of the Emirates and the approach of the wise leadership and its great keenness to raise the status of the purebred Arabian horse.

For his part, Faisal Al-Rahmani, general supervisor of the President’s Cup races for Arabian horses, said: We are proud to continue the goals and message of the precious cup on its journey on European tracks, confirming its prestigious position and value in Poland, which is one of the important stations with a prominent presence in the production and preservation of the Arabian horse’s march, including In line with our ambitious plans to support the march of Arab horse owners and breeders in the world, we commend the distinguished participation in the Poland Race, in which the world’s elite studs gather.

He added that the generous support and direct attention of His Highness Sheikh Mansour bin Zayed Al Nahyan, Deputy Prime Minister and Minister of Presidential Affairs, made a quantum leap in the march of the Arabian horse at the global level and contributed to achieving great gains for the beloved Cup’s march, in light of the important achievements and the wide echoes achieved by it. The event is in every station, and there is no doubt that the numbers, the testimonies of international federations, owners and breeders, international tracks and media coverage are all conclusive indications of the prestigious position of the precious cup.