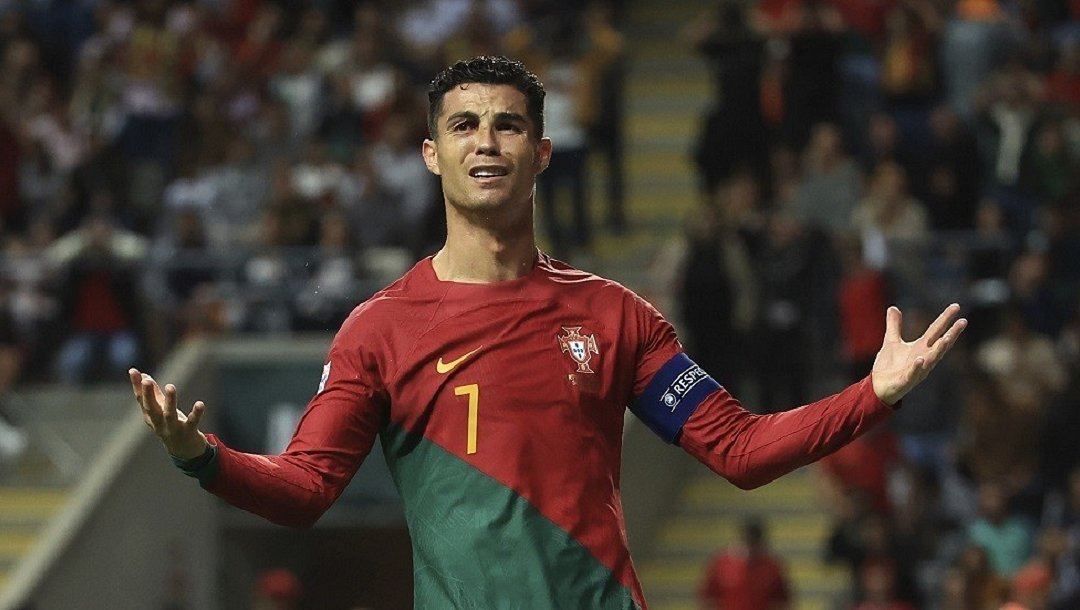 The Portuguese Football Association denied Thursday that superstar Cristiano Ronaldo had threatened to leave the national team’s camp in the 2022 World Cup in Qatar, due to his lack of participation against Switzerland in the final price round.
Coach Fernando Santos made a surprising decision to keep Ronaldo on the bench on Tuesday, and his young replacement Goncalo Ramos scored a hat-trick in the sweeping 6-1 victory over Switzerland.
Ronaldo came on in the 73rd minute when Selecao were leading 5-1, but Portuguese newspaper Record reported that the striker had previously threatened to leave after a fraught conversation with Santos.
“The federation makes it clear that the Selecao captain never threatened to leave the national team during his stay in Qatar,” the federation said in a statement.
He continued, “Every day, Ronaldo works to enhance his exceptional record of serving the national team and the country, and this is something that must be respected.”
The federation said that the participation of Ronaldo, who scored one goal in Qatar from a penalty kick in the first round against Ghana, in the match against Switzerland, was further evidence of his commitment.
Ronaldo is the most capped player with Portugal and is the top international scorer in football history.
Portugal will meet Morocco on Saturday in the quarter-finals, and it is likely that Ramos will start instead of Ronaldo again.
The five-time Ballon d’Or winner did not train with the other substitutes on Wednesday, but rather took part in a session in the gym alongside those who started against Switzerland.
Ronaldo commented on this news, saying on his Instagram account, “This group is characterized by great meat, and it is difficult for any external force to destroy it. This is a real team that will defend the dream until the end.”
“Our nation is very brave and cannot be intimidated by any adversary,” he concluded.