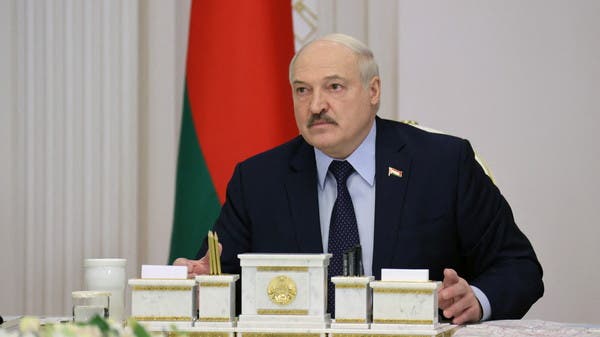 The Belarusian leader defended Russia’s attack on Ukraine in an interview with The Associated Press, Thursday, and said he was doing “everything he could” to stop the war.

He added: “We categorically do not accept any war. We have done and are doing everything now so that there is no war. Thanks to me, negotiations between Ukraine and Russia began.”

“But why is Ukraine, on whose territory a war is actually taking place, military action, and people are dying, not interested in these negotiations?”

Russia deployed its forces on the territory of Belarus under the pretext of conducting military exercises and then sent them to Ukraine as part of the offensive that began on February 24.

Lukashenko publicly supported the military operation, claiming in a meeting with Russian President Vladimir Putin in early March that Ukraine planned to attack Belarus, and that Moscow’s attack prevented it.

He said he had brought a map to Putin showing where the alleged attack was supposed to have taken place, but he had not provided any other evidence to support that claim.

Earlier in the week, the Belarusian military announced surprise maneuvers that raised concerns in Ukraine. However, Lukashenko assured the Associated Press, Thursday, that the exercises do not threaten anyone.