The President of Brazil raises the controversy again: I will not feed my daughter against Corona 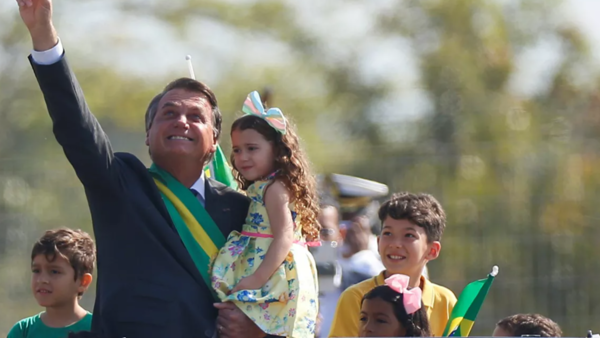 Despite the death of hundreds of children from the Corona virus, Brazilian President Jair Bolsonaro said he will not give his 11-year-old daughter a vaccine against Covid-19, continuing his anti-vaccine stance that drew criticism from health experts and affected his popularity.

The right-wing leader added that Health Minister Marcelo Quiroga will announce on January 5 the way his country will manage the vaccination campaign from Covid-19, for people aged five to 11 years, which was approved by the authorities in December.

“Children are not at risk of death that would justify their vaccination,” he said, according to Reuters.

“My daughter won’t get the vaccine.”

He also added, “I spoke with Quiroga and he will announce on the fifth (January) how children will be vaccinated against Covid-19… I want to confirm that my daughter will not get a vaccine.”

There is a great controversy over vaccinating children from Corona in Brazil, as Bolsonaro supporters strongly oppose it, although the vast majority of Brazilians support vaccination.

It is noteworthy that Corona caused the death of 301 children, in the age group from five to 11 years, in Brazil. According to official statistics.

It is reported that Brazil’s Supreme Court opened an investigation two weeks ago into comments made by Bolsonaro, which included false allegations that vaccines against the Corona virus increase the risk of contracting AIDS.