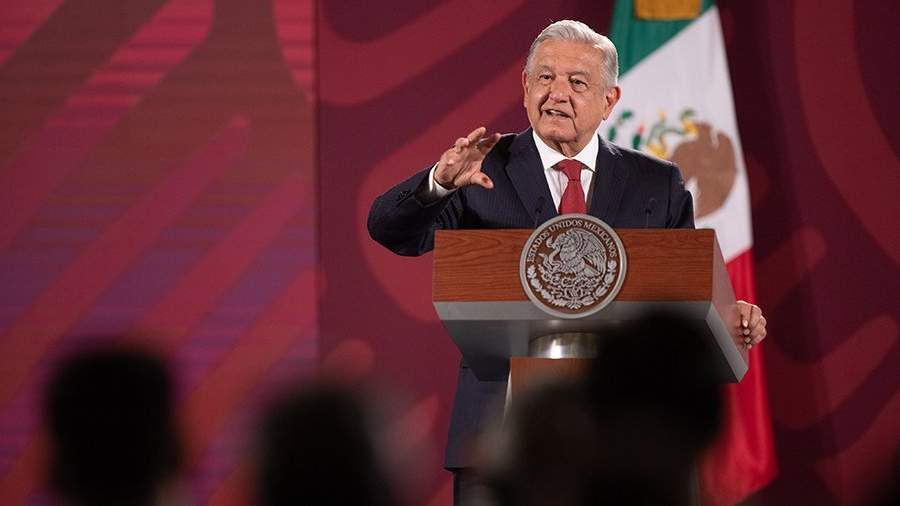 The Mexican authorities still do not intend to impose sanctions against Russia because of the situation in Ukraine. This was announced by President Andres Manuel Lopez Obrador on Wednesday, May 4, at a press conference.

According to him, it is necessary to find opportunities in order to conduct a dialogue and come to an agreement, NSN reports.

He added that Mexico takes a neutral position and stands for the peaceful resolution of conflicts. Obrador also noted that he did not discuss this situation with US President Joe Biden during telephone conversations that took place on April 29.

Earlier, on March 1, the Mexican president had already stated that the country’s authorities would not join Western sanctions against Russia, reports the Federal News Agency.

On April 23, Argentine Foreign Minister Santiago Cafiero said that the spread of sanctions is an unproductive measure, since peace is dialogue and diplomatic negotiations, the 360 ​​TV channel reports.

According to him, Argentina does not have a legal framework for imposing unilateral sanctions. There is a law that prevents this, writes Life.Ru.

On February 24, Russia launched an operation to protect civilians in the Donbass. In this regard, Western countries have stepped up sanctions pressure. Moscow explained that the tasks of the special operation included the demilitarization and denazification of Ukraine, which is necessary to ensure the security of Russia. The decision was made against the backdrop of aggravation in the region as a result of shelling by the Ukrainian military. The authorities of the Donetsk and Lugansk People’s Republics announced the evacuation of residents to the Russian Federation, and on February 21, the Russian leader signed a decree recognizing the independence of the DPR and LPR.