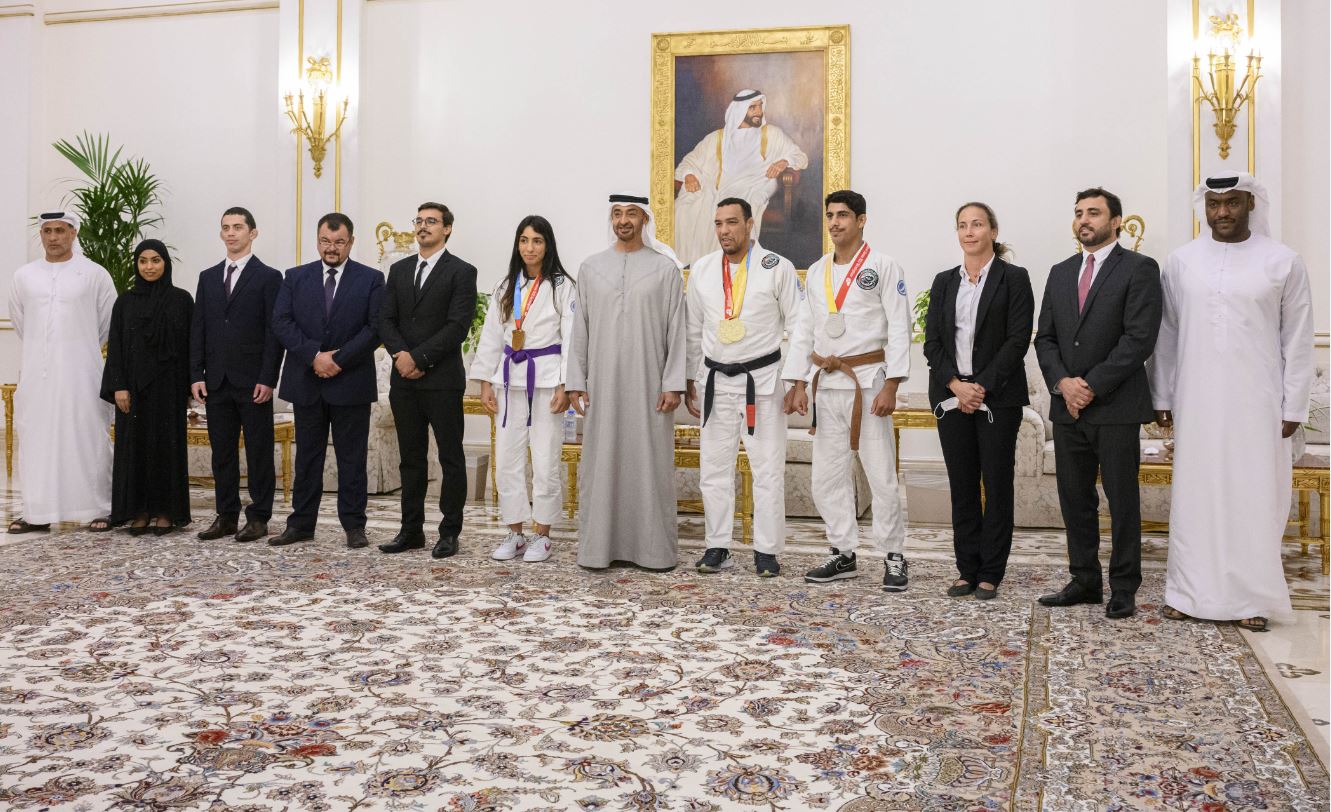 His Highness Sheikh Mohamed bin Zayed Al Nahyan, President of the State, received yesterday the UAE Jiu-Jitsu champions, winners of the 2022 World Games, which was held in Birmingham, Alabama, USA, along with members of the Emirates Jiu-Jitsu Federation Board of Directors and sponsors of this sport.

During the meeting, which took place at Al Bahr Palace, His Highness congratulated the players Faisal Al Ketbi, Mohammed Al Suwaidi and Shamma Al Kalbani for their honorable achievements, wishing them and their fellow Emirati athletes continued success and brilliance in winning more titles and championships to be added to the UAE’s balance in various types of sports. The management of the Emirates Jiu-Jitsu Federation, praising its efforts to promote this sport.

His Highness expressed his thanks and appreciation to the success partners and all the personalities and sponsors of the sport of Jiu-Jitsu for the support they provide to the athletes, which had a great impact on the results achieved and the prosperity and spread of this sport.
For his part, the delegation expressed its deep thanks and appreciation for the attention shown by His Highness the President of the State to jiu-jitsu athletes in particular and the sports sector in general in the country, which constitutes an incentive to continue achieving achievements, representing the country in the best image and consolidating its position on the global sports arena.