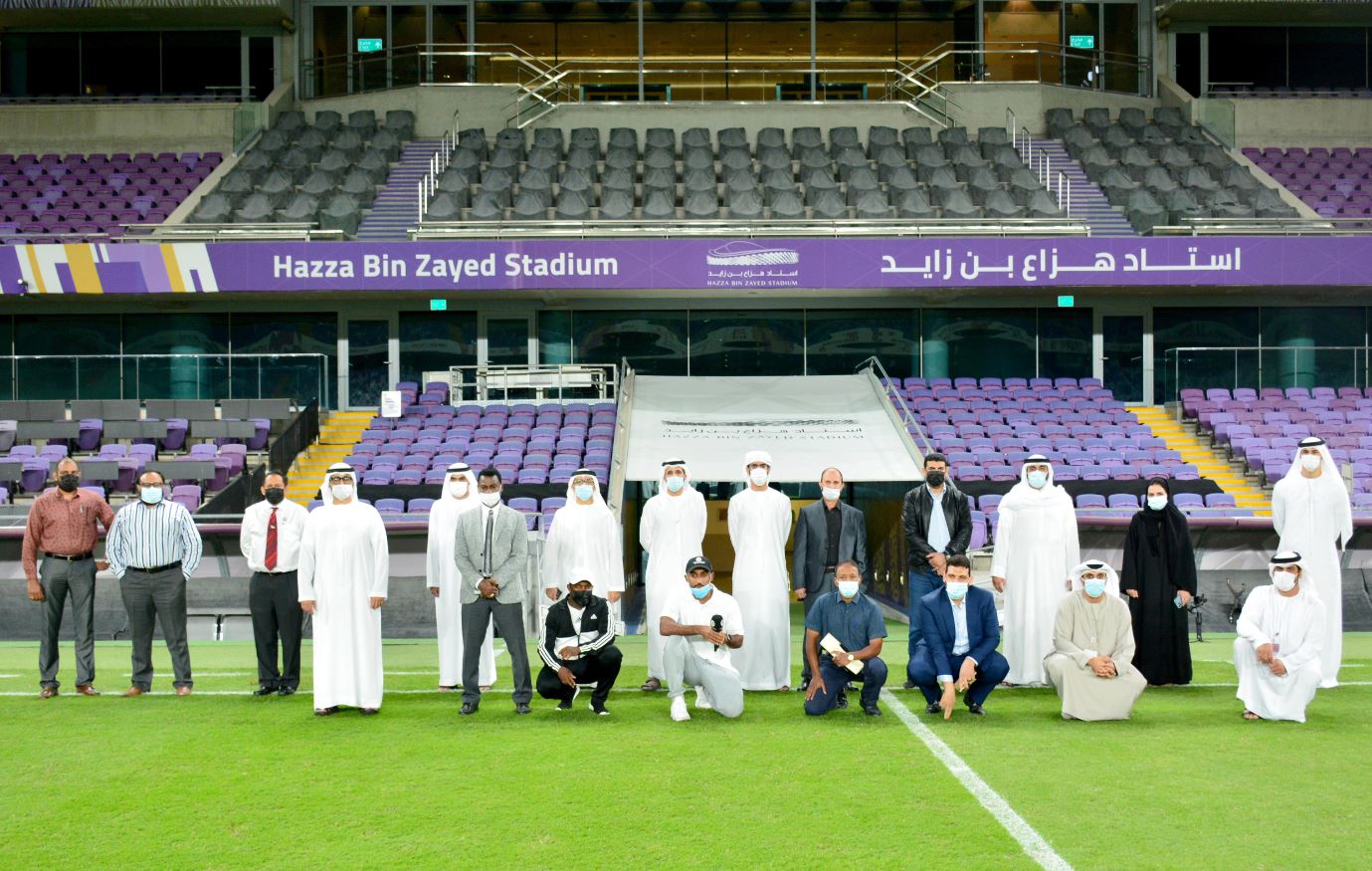 The UAE Professional League discussed the preparations for the UAE Super Cup, with local government agencies and representatives of the communities in Al Ain, during the coordination meeting, which was held last Sunday, at Hazza Bin Zayed Stadium in Al Ain, as part of the ongoing preparations for this tournament, which brings together the two teams Al-Jazira, the league champion, and Al-Ahly youth, the champion of the President’s Cup last season, will be held on January 7th, under the slogan “The Emirates is the Forum of the World”.

The meeting was attended by representatives from the administrations of the Association and the administration of Hazza Bin Zayed Stadium, during which they discussed ways to enhance the public attendance in the match, and the support mechanisms that will be provided by government agencies and communities for the success of the Super Cup, which was chosen to be held in Al Ain, given the successes and known capabilities of this city in Hosting the largest and most important sporting events in general, and football in particular, which was the destination for many final matches of the local and Arab championships, in addition to its prominent presence on the continental scene in the last Asian Nations finals, and hosting matches in the Club World Cup, and it received a certificate of appreciation and success from The largest sports organizations.

During the meeting, it was emphasized that the Super Cup should be more than just a 90-minute football match, but that efforts should be intensified to make it a comprehensive sports carnival for all segments of society, in which the masses meet and celebrate together the fiftieth anniversary of the UAE Federation, by During the special arrangements that will be held, and the accompanying events before, during and after the match, with the establishment of areas for the fans in the outer area of ​​Hazza Bin Zayed Stadium, and opening the way for fans of all nationalities; Citizens and residents, to attend and enter raffles for valuable prizes between the halves of the match and after the final whistle.

The meeting was followed by a field visit by the attendees to the facilities of the Hazza bin Zayed Stadium, where the arrangements for the upcoming event were examined, and the readiness of the Hazza bin Zayed Stadium, which appeared in the best suit and ability to host the match, given the distinctive public atmosphere that characterized the last match, Which brought together Al Ain and Al Nasr in the ADNOC Professional League, in terms of facilities for the fans, and providing the logistical aspect of the stadium management to make the necessary organizational arrangements for the “Super Cup”.