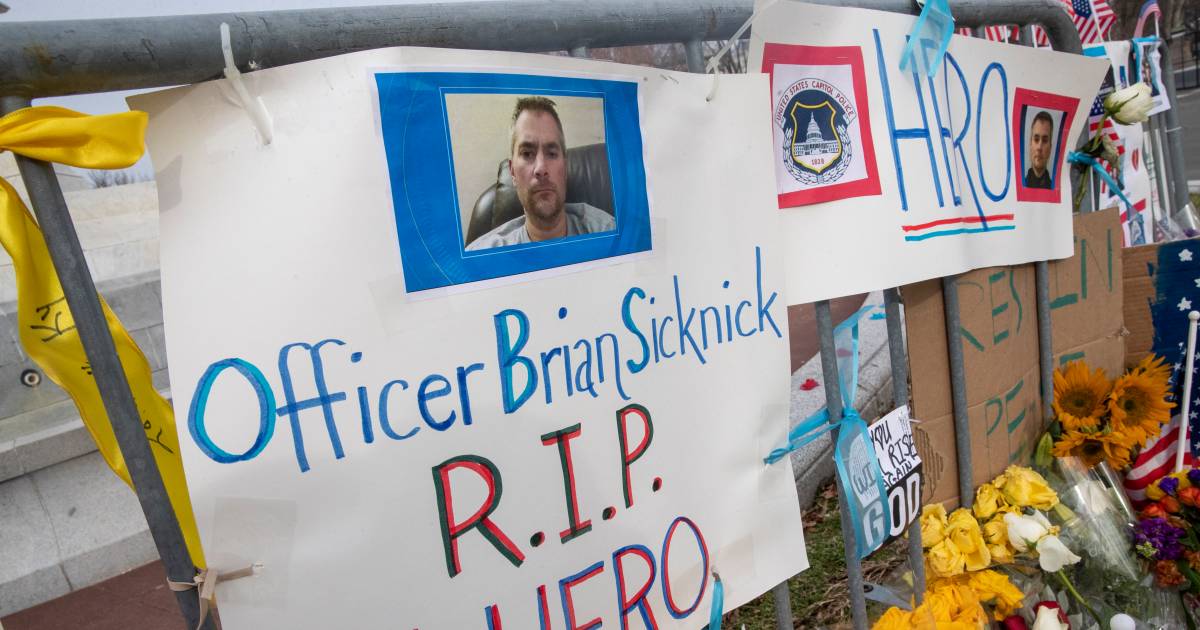 The relatives of US police officer Brian Sicknick, who died after the violent storming of the Capitol, are suing former President Trump and two rioters for co-responsibility for his death. The family comes out with the indictment exactly two years after the storming.

The 42-year-old officer became unwell during the heady offensive on January 6, 2021 and died the next day. After investigation, a stroke was found to be the cause of death. Doctors stated that the violence during the storming probably played a role in the occurrence of this.

The relatives argue that Trump is partly responsible because he incited the masses on the day of the storming. He also suggested to the crowd that had gathered to go to Congress, where the election victory of his competitor Joe Biden was made official at that time. Partly from Trump’s behavior and words, the violence, injuries and ultimately Sicknick’s death resulted, prosecutors say.

In the lawsuit, the next of kin demand $ 10 million from the president. Former President Trump has not yet responded to the charges. The relatives have also charged two Capitol stormers. CNN says they are Julian Khater and George Tanios, who will stand trial later this month.

In December, a congressional committee, after investigating the attack, already ruled that Trump should be prosecuted for his comments in this case. The US judiciary is currently considering whether this recommendation will actually be adopted.