The rematch of Tunisia and Mali after an “unprecedented legal crisis” .. and the “Carthage Eagles” withdraw (photos) 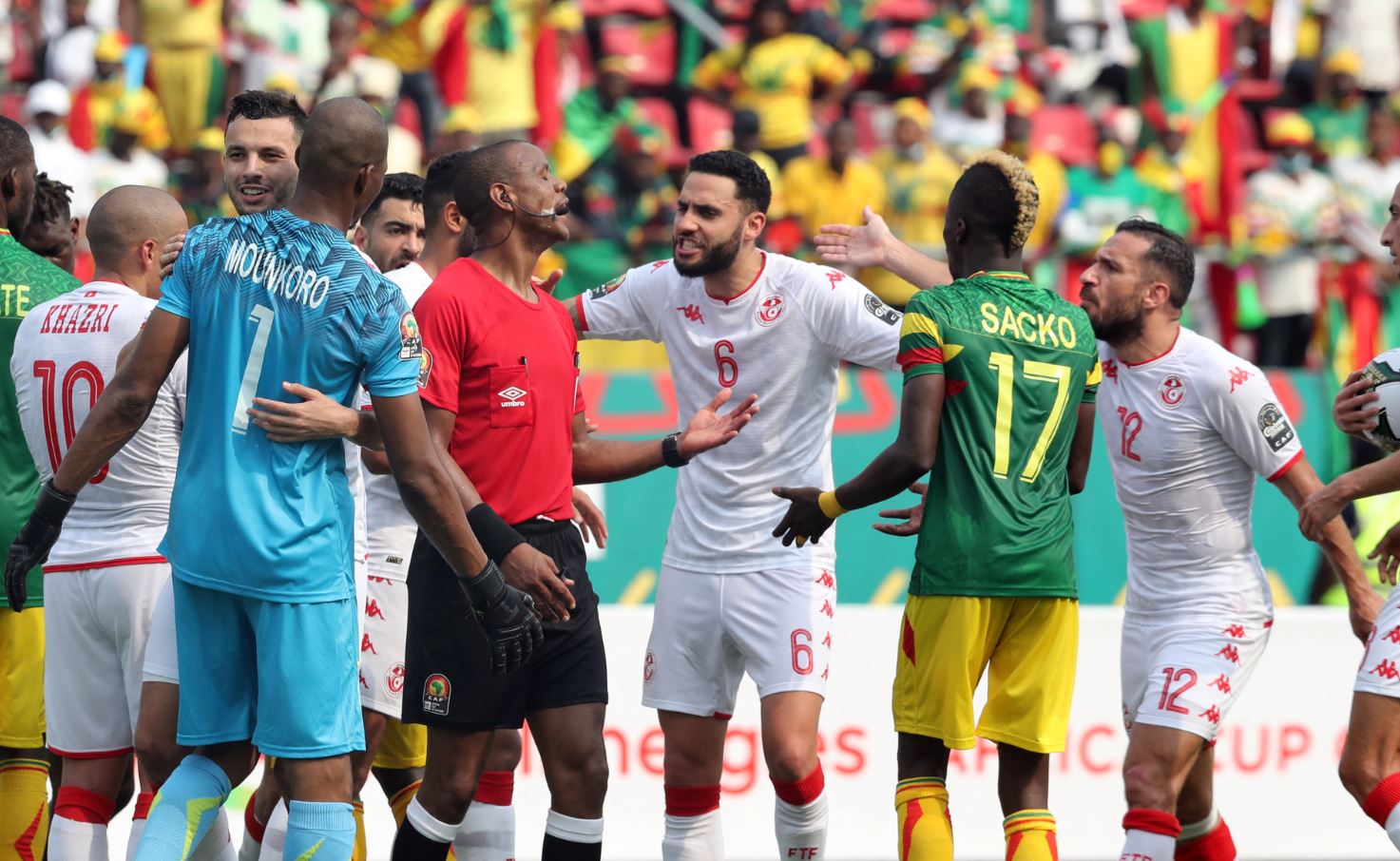 The Zimbabwean referee, Gani Sikazwe, caused a strange and unprecedented incident in the history of football, in the first matches of Group F in the finals of the African Nations Cup, which will be hosted by Cameroon, during the match between Tunisia and Mali, which ended with the victory of the Malians with the goal of Ibrahim Kone. In the face of the astonishment of all the observers, and the Tunisians in particular, the referee blew his whistle at the end of the match, at a time when the Tunisian players were trying to score the equalizing goal, but in the 89th minute, a minute before the end of the original time, in clear violation of the “FIFA” laws that stipulate the completion of the match. The match for its 90 minutes.

On the other hand, the fourth official in the match, Helder Martins de Carvalho, decided, after agreeing with the officials in the match and the officials of the jury in the Organizing Committee, to repeat the match at the minute it stopped, with three minutes of lost time, but the Tunisian team refused, so the referee waited. The legal time, before whistling at the end of the match, and calculating an official Mali victory. The Tunisians wanted to replay the match from the beginning, amid strong objections from the officials of the organizing committee and the Mali national team, so that the “Carthage Eagles” decided to withdraw, and thus the result would be calculated as Tunisia lost 0-3.

This caused great anger among the Tunisian players and members of the technical staff led by coach Munther Al-Kabir, who clashed with the assistant referee, and protested strongly and was heading to the first referee, before the security forces intervened, which prevented the referee and the Tunisian players, who clashed with a number of individuals Security, and with the arbitration staff.

The referee implicated CAF officials in a legal crisis, in addition to the fact that the meeting witnessed a series of exciting events, including the loss of the Tunisians, through Wahbi Khazri, the penalty kick, which could have guaranteed Tunisia a draw, and the referee decided to expel Malian players Bilal Toure in the minute 87.