The Renaissance Dam crisis.. What are the solution options available in the Security Council? 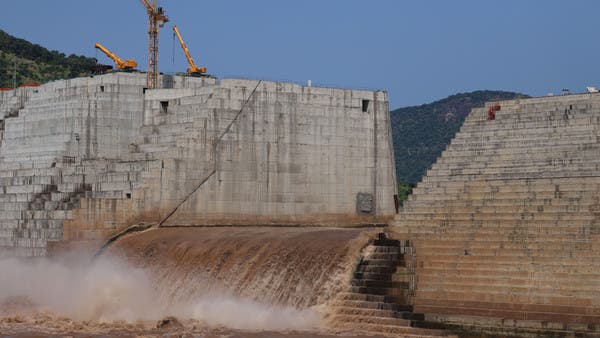 The UN Security Council will hold a session this evening, Thursday, to discuss the crisis of the Renaissance Dam file, where the foreign ministers of Egypt and Sudan will present their countries’ vision and position on the crisis and their proposals to solve it, in addition to discussing a proposal submitted by Tunisia.

Professor of International Law at Cairo University, Dr. Mohamed Sameh Amr, told Al Arabiya.net that there is a draft resolution submitted by Tunisia to resolve the crisis, which includes in its clauses a call for the three parties to resume negotiations on the dam again within a specific time frame.

The proposal also calls on the three countries to refrain from any declaration or action that is likely to jeopardize the negotiation process, and at the same time urges Ethiopia to refrain from unilaterally continuing to fill the reservoir of the Renaissance Dam.

He added that the draft resolution may be agreed upon or not, or it may be amended or approved as it is, indicating that the demands and views of the three countries will be heard.

In addition, he indicated that the Security Council should not leave the issue like this without intervention or a resolution to resolve the crisis that threatens international peace and security.

He also clarified that it is not the first time that Egypt has resorted to the council, asking it to intervene to compel Ethiopia to a binding legal agreement to fill and operate the dam.

Tunisian project for the solution

And he indicated that “the options available to the Council are to approve or amend the Tunisian draft resolution, adding that he does not believe that any of the five major countries will take the right of veto against the resolution because it protects the interests of the three parties first, and because Egypt and Sudan are surrounded by an imminent danger that affects the future and lives of their people, which is This increases tension in the region.”

In New York, Egyptian Foreign Minister Sameh Shoukry held a series of intensive interviews in the context of preparing for the session, where he met the permanent delegates of Russia, China, America, Britain and France to the United Nations.

A recent photo of the Grand Ethiopian Renaissance Dam

On Wednesday, Egyptian President Abdel Fattah El-Sisi confirmed that Egypt and Sudan went to the Security Council to discuss the Renaissance Dam file as a result of Ethiopia’s intransigence.

It is noteworthy that the dam crisis has reached a dead end between the three countries, as Ethiopia insists on starting the implementation of the second filling amid objections from the downstream countries and the failure of African and international mediation to resolve the crisis.

On the other hand, Addis Ababa sees this project as necessary to achieve economic development, while Egypt considers it an existential threat, as the Nile provides the country with about 97% of its irrigation and drinking water, and Khartoum sees it as a threat to it.

In March 2015, the leaders of the three countries signed in Khartoum a Declaration of Principles agreement with the aim of overcoming differences, but obstacles have been emerging since then.