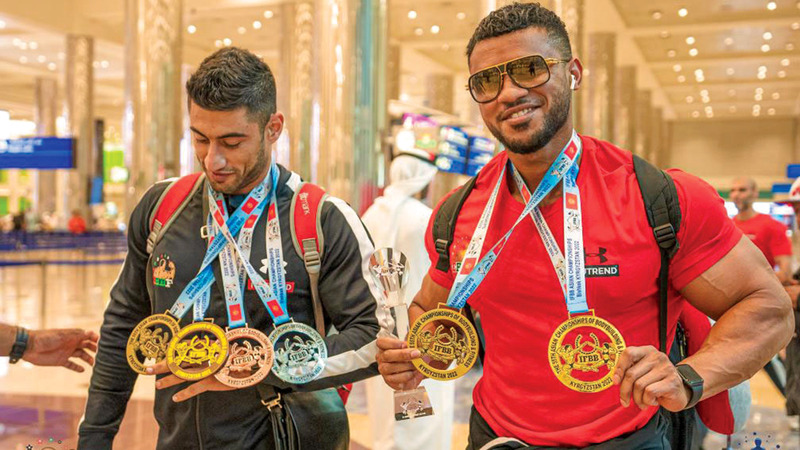 The delegation of the UAE national teams in bodybuilding and fitness won 47 colored medals, during their participation in the two Asian Championships that were held in Kyrgyzstan.

The mission returned to the country, the day before yesterday, and was received at Dubai International Airport by Vice Chairman of the Board of Directors of the Federation Ali bin Haider, and a number of Federation officials.

The bodybuilding team won 34 medals (12 gold, 7 silver and 13 bronze), in addition to two distinguished titles in the champion champion, while the fitness team achieved 13 medals (6 gold, 6 silver and 1 bronze).