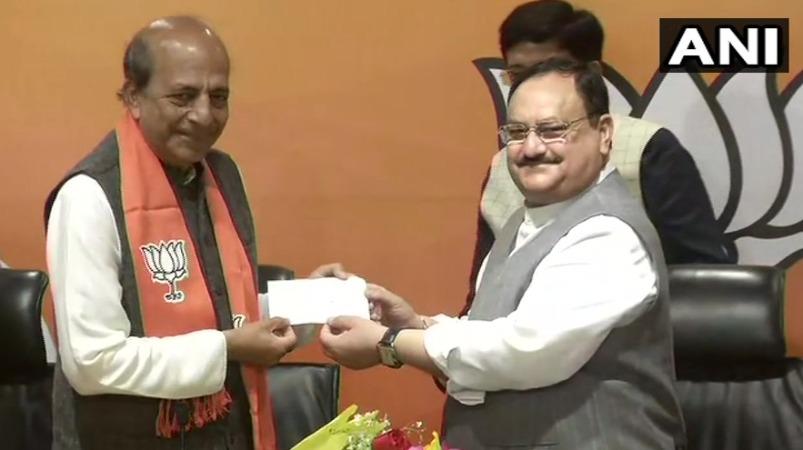 Dinesh Trivedi is the right man to come to the right party. BJP national leader JP Natta said he would be very constructive in the West Bengal assembly elections.

Dinesh Trivedi, a senior leader of the Trinamool Congress and a state-level MP, resigned from his post last month. Resigned the post. Dinesh Trivedi Soon it was reported that the BJP had an internet presence. However, Trivedi did not make any definite announcement.

In this situation, the BJP national leader J.P. In the presence of Natta Dinesh Trivedi Formally joined the BJP today. Speaking on the occasion, Dinesh Trivedi said, “I have been waiting for this golden moment.”

” Before the last 2 months Dinesh Trivedi Met me in person. He then said that I wanted to serve this country. I invited you to come to the BJP generously.

Trivedi expressed his desire to serve the nation under the leadership of Prime Minister Modi. Trivedi has a long experience in politics. Beyond power, Dinesh Trivedi fought for ideologies. Trivedi is like a clear stream. The BJP can be the only party that accepts people with different ideologies.

When I spoke to Dinesh Trivedi, you were the right man. But, I have often said that you are in the wrong party. But now I welcome Trivedi who has come to the BJP. I welcome him as Trivedi is the right person to come to the right party. We will use him to serve the country under Prime Minister Modi. I hope Trivedi will play a constructive role in West Bengal politics in the coming assembly elections. ”

Previous articleWonderful game .. Wait for the word for you: Dinesh Karthik compliment Sundar
Next articleContinuing rising corona infection: number of patients increased to 1,80,304