The rise of the Egyptian pound against the dollar .. 5 factors that reinforced this rise 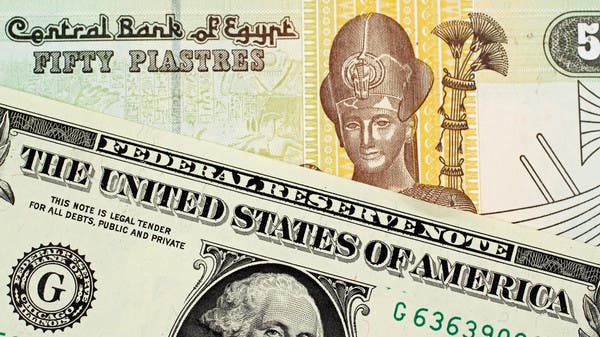 Analysts revealed that there were several reasons that pushed the Egyptian pound to rise against the dollar during recent transactions, as the US currency exchange rate fell from the level of 18.51 pounds to about 18.38 pounds, according to the data of the Central Bank of Egypt.

The rise of the pound is due to the increase in the rate of remittances from Egyptians working abroad, in addition to the increase in the revenues of the Suez Canal, as well as the decline in the demand for the dollar. In addition to this, the expectations regarding an imminent financing agreement between Egypt and the International Monetary Fund, and finally, it is possible that the banks provided larger amounts of dollars to their clients, all of which are factors that caused the recent rise in the exchange rate of the Egyptian pound against the dollar.

The US Central Bank had announced a 50 basis point hike in interest rates during its last meeting, which reinforced expectations that the Central Bank of Egypt would hold an extraordinary meeting to announce a new rate hike. However, the Central Bank’s ignoring of the US Federal Reserve’s raising of interest rates contributed to reassuring the market, as expectations were indicating a significant rise in the dollar exchange rate after returning from the Eid al-Fitr holiday last week.

The Central Bank of Egypt denied the possibility of holding an extraordinary meeting, and stressed that the situation did not require intervention again and that it would wait until the meeting scheduled for May 19.

In the same context, the instructions issued regarding not accepting any hard currencies, especially dollars of unknown origin or from exchange companies, have begun to bear fruit and the activity of the parallel market has decreased significantly, despite talk of an increase in the dollar exchange rate on the black market to levels exceeding 20 pounds.

Also, the presidential decision to exclude strategic goods and production inputs from the documentary credits system and return to the documentary collections system, caused a relative reduction in the demand for the dollar, and the repercussions of the decision will be reflected on the performance of the Egyptian pound, which is expected to continue to rise against the dollar during the coming period.