The riyal with the full score .. and Barcelona in the “La Liga” rank 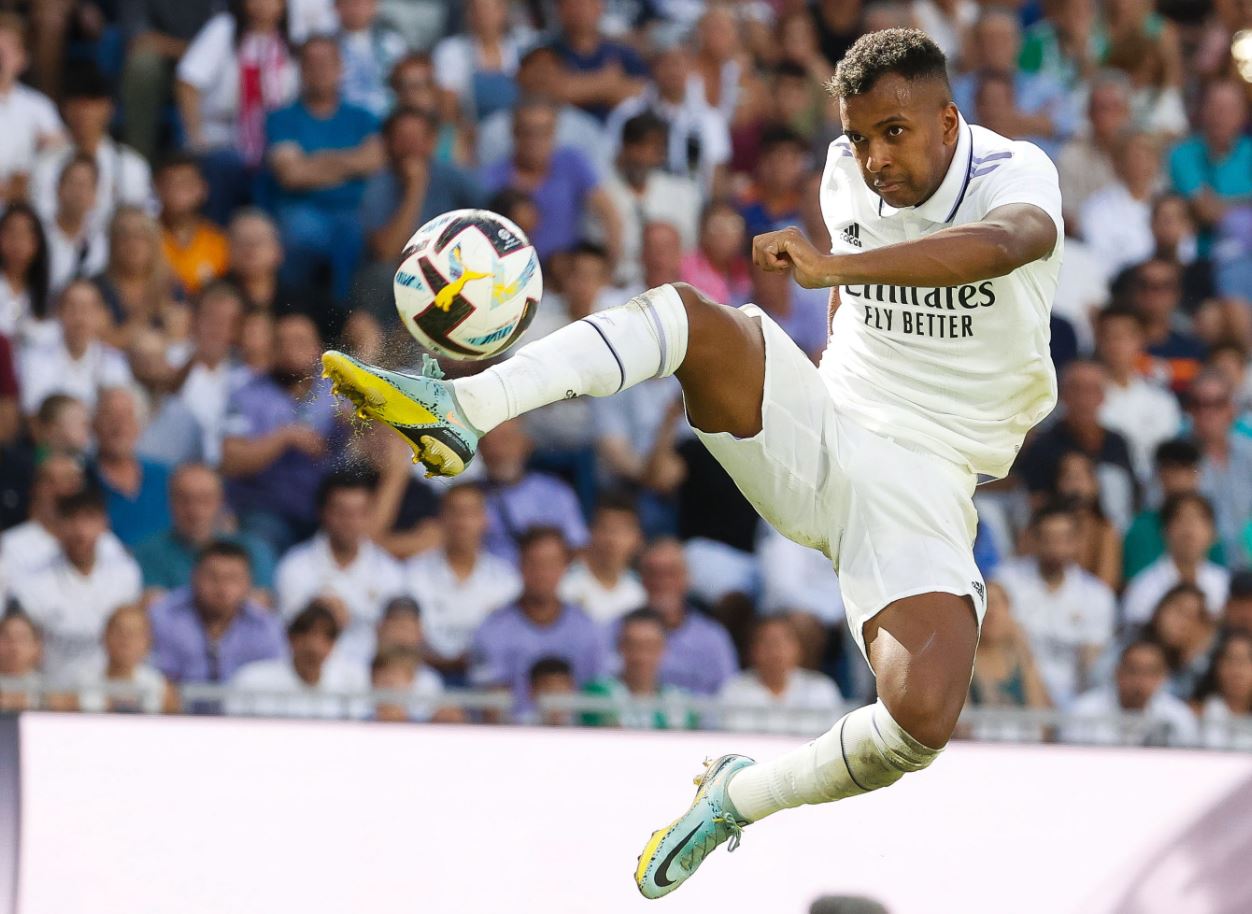 The Brazilians Vinicius Junior and Rodrygo scored the goals of the Spanish football champions, Real Madrid, and led them to beat Real Betis 2-1 yesterday, to go alone in the lead with the full mark in the fourth stage of the competitions, while Barcelona continued to chase its arch-rival by beating its host Seville 3-0.
The Royal Club raised its score to 12 points, two points ahead of Barcelona, ​​who advanced to second place, and 3 points behind Betis, who is in third place, and 5 points from its sixth neighbor, Atletico, who tied with its host Real Sociedad 1-1.

The competitions of the stage will continue on Sunday, as it plays in the most prominent matches, Athletic Bilbao IV (7 points) with Espanyol and Villarreal V, with 7 points also against Elche.
And Real prepares in the best possible way three days before the start of the campaign to defend its title in the Champions League, as it begins its matches against Celtic in the group stage.

At the “Santiago Bernabeu” and in the first match for Real in front of his fans this season in “La Liga”, Vinicius Junior opened the scoring for the royal club in the ninth minute after slipping between defender Edgar Gonzalez and Portuguese goalkeeper Rui Silva and hit the ball over the goalkeeper, before equalizing Sergio Canales. Former Real Madrid player (17).

And Rodrygo gave the three points to his team after luck was on his side, as he hit the ball into the net after a pass from Uruguayan Fede Valverde (65), a few seconds after the latter entered a substitute for Frenchman Eduardo Camavinga. Real coach Carlo Ancelotti praised Rodrygo, “He is a special striker because he can play in any position. He is very fast and very smart without the ball.”

“The learning period is over and he is a Real Madrid player in all respects,” he added. Regarding the expected continental confrontation on Celtic land, he said, “The team is going through a good period now with great confidence.” Real came out victorious in the match that brought together two teams that had not lost before this stage and won all three of their matches.
Betis lost his French player, Nabil Fekir, who had to leave the field in the 11th minute due to a tendon injury in his right knee, to be replaced by Luis Enrique. This injury is considered a strong blow to the French international midfielder, who dreamed of accompanying the “roosters” team to the World Cup in Qatar at the end of this year.

Barcelona’s third win in a row

Barcelona achieved its third victory in a row, in a strong match at the “Ramon Sanchez Bejuan” stadium, during which the Andalusian club punished in the first half with counter-attacks, relying on a “package” of new arrivals, as the Brazilian Rafinha opened the scoring in his first goal in “La Liga” in the “Blaugrana” shirt. (21) The Polish Robert Lewandowski added the second after the first pass from the French Jules Conde in his second match (36).

The Polish international top scorer raised his score to 5 goals in 4 league games this season, before coach Xavi Hernandez replaced him with striker Ansu Fati in the 74th minute. On the other hand, Seville seemed chaotic in the attacks, as he was charged with 5 offsides, including the Argentine goal of Eric Lamela ( 12). Barcelona began the second half by adding the third goal through young defender Eric Garcia with a second decisive pass from Conde, after turning the ball with his head, followed by the 21-year-old inside the area in the net (50). The second pole of the capital, Madrid, failed to return with a better than a 1-1 draw against its host Real Sociedad, 4 days before it faced Porto in the group stage of the Champions League.