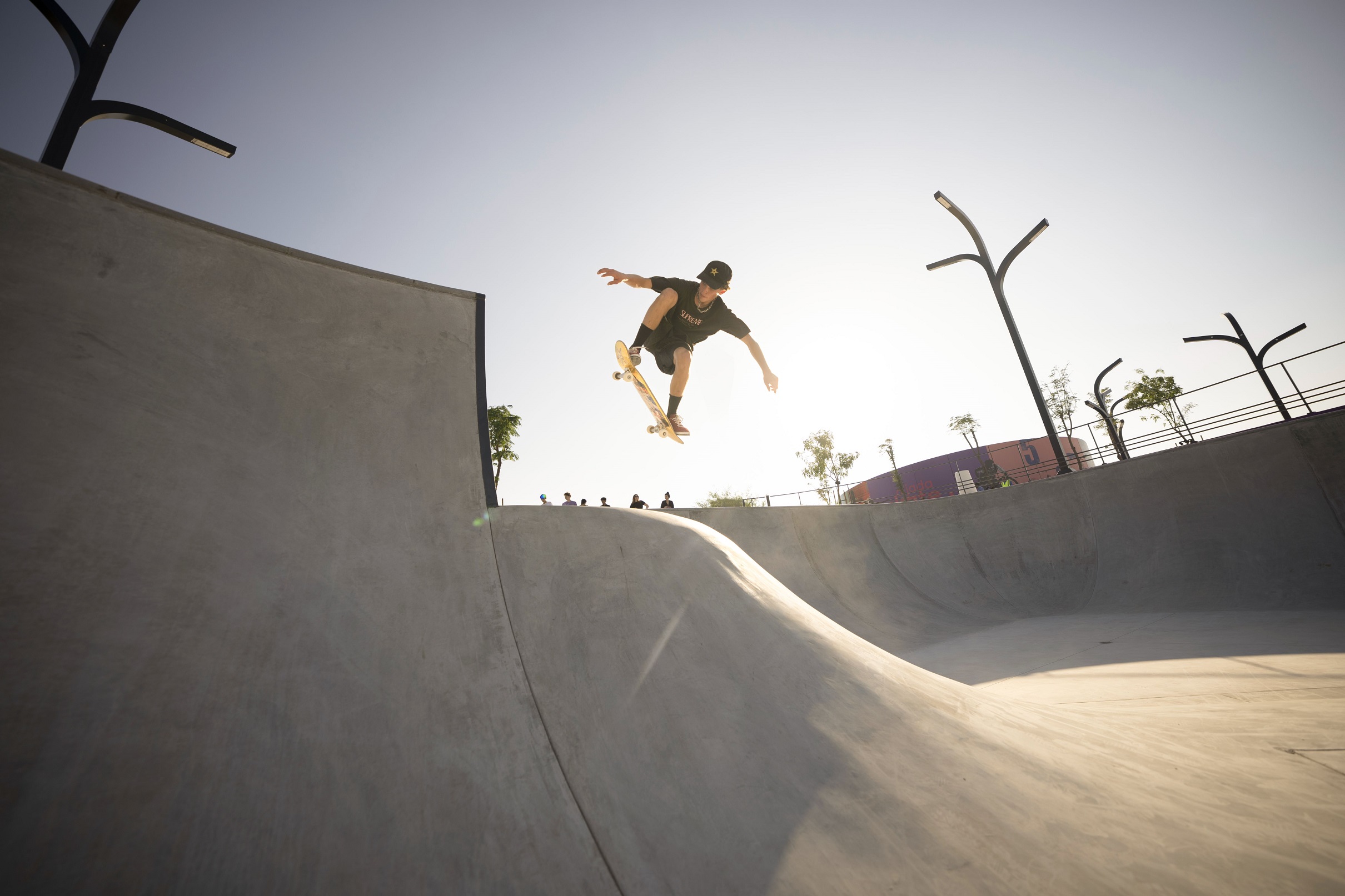 International skateboarding stars expressed their fascination with the skateboarding arena in Aljada in the Emirate of Sharjah, during their preparations for the “Street 2022” and “Park 2022” world championships, which directly qualify for the Olympic Games in Paris 2024.

The two “Road to Paris” tournaments will witness the participation of the most talented players around the world, with all twelve medal winners confirmed for the 2020 Tokyo Games among more than 300 competitors in the Sharjah qualifiers. Several competitors have already arrived in the UAE in preparation for the two crucial tournaments.

The contestants confirmed their great admiration for the skateboarding arena in the Aljada area, which is the largest ever project in the Emirate of Sharjah, which was developed by Arada. The field extends over an area of ​​more than 90,000 square feet, and currently includes six separate fields ranging from a world-class California-style skating field, an Olympic “street” course, and a “Park” field with two ends of 3.3 meters each, where competitors will be able to express themselves.

The arena design elements are inspired by the most famous skateboarding arenas around the world, including Ariake Urban Park in Tokyo, Bondi Beach and Salt Lake City. The field also includes fairways, street sections, narrow lanes, and spaces for beginners and intermediate skaters alike.

Australian Keegan Palmer, gold medal winner at the Tokyo Games, said: “The avenue is a really cool facility, it’s the perfect venue for the Olympic qualifiers. I’m so excited to be here on the most innovative ski slopes in the region—and it’s a fantastic challenge for the best skiers in the world.”

Sky Brown, the bronze medalist in the women’s event, commented: “Skiing here in Sharjah is amazing. It’s unbelievably cool to train and race in a facility like this — and it really lives up to world-class standards.”
She added, “There is something for every level, and it is great to see the efforts made by the UAE to support skateboarding, as well as to expand its reach among the general public.”