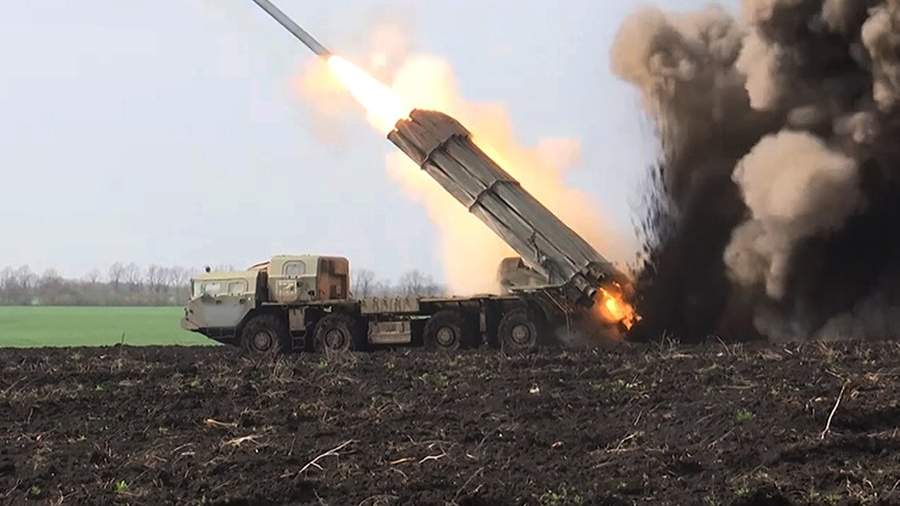 Rocket troops and artillery of the Russian Ground Forces in Ukraine hit more than 200 objects of the Armed Forces of Ukraine in a day. This was announced on Saturday, May 14, by the official representative of the Russian Defense Ministry, Major General Igor Konashenkov.

During the day, missile forces and artillery hit six command posts, 178 areas of concentration of manpower and military equipment, three fortified bunkers, as well as 28 artillery units in firing positions, including the launcher of the Smerch multiple launch rocket system near the settlement Berezovka,” he said.

During the day, Russian air defense systems shot down six Ukrainian unmanned aerial vehicles in the areas of the settlements of Russkaya Lozovaya, Pitomnik, and Izyum of the Kharkiv region, including one over Zmeiny Island.

According to Konashenkov, since the beginning of the special operation to protect the inhabitants of Donbass, 165 aircraft, 125 helicopters, 864 unmanned aerial vehicles, 304 anti-aircraft missile systems, 3,067 tanks and other armored combat vehicles, 372 multiple rocket launchers, 1,514 field artillery pieces and mortars have been destroyed. as well as 2913 units of special military vehicles.

Earlier on Friday, May 13, the Russian Defense Ministry published footage of the combat work of Ka-52 helicopters. The military department said that the Ka-52 Alligator reconnaissance and attack helicopters are used by the Russian Armed Forces to escort columns, eliminate enemy weapons and strategic facilities.

They are also used to deliver troops and military cargo, as well as to provide air support to units.