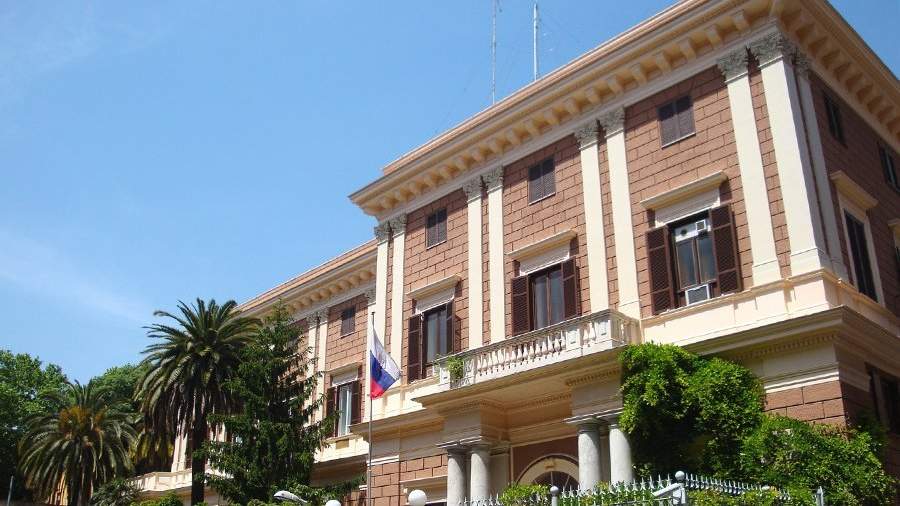 The Embassy of the Russian Federation in Rome on June 7 considered unfair and biased interpretation in the media of the summons of Russian Ambassador Sergei Razov to the Italian Foreign Ministry.

“The interpretation given in these publications of the content of the confidential meeting, which took place, of course, without the participation of journalists, can hardly be regarded otherwise than as at least dishonest and biased. The dissemination of such information to a mass audience can only mislead the readership, cast an additional shadow on Russia and the Embassy, ​​which represents its interests in Italy,” the embassy’s Telegram channel said.

On June 6, Razov was summoned to the Ministry of Foreign Affairs of the republic. The secretary general of the department, Ettore Sekui, rejected the accusations made recently by the Russian Foreign Ministry of the immorality of some representatives of Italian institutions and the media.

Later it became known that Razov was given a performance in connection with alleged insults to the Italian authorities. It was noted that the ambassador “called for restraint and balance, traditional for Italian foreign policy, in the long-term interests of maintaining positive relations and cooperation between the Russian and Italian peoples.”

Prior to this, on June 3, the Russian Foreign Ministry said that the attempt by the Italian media to present the Russian humanitarian mission in Italy in 2020 as a spy operation is damaging relations between Moscow and Rome. The diplomatic department recalled that on May 9, the Italian state-run television channel Rai 3 showed a story that in March-April 2020, Russian epidemiologists did not fight the outbreak of the pandemic in northern Italy, but spied on NATO forces and military facilities in the country.