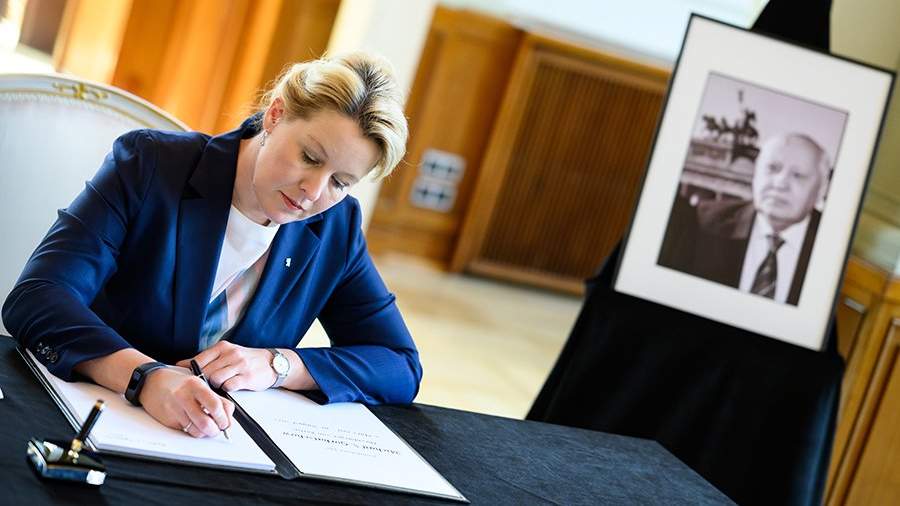 The Russian Embassy in Washington opened a book of condolences in connection with the death of Soviet President Mikhail Gorbachev. This was announced on Friday, September 2, by the press service of the diplomatic mission in its Telegram channel.

“In connection with the death of the first and only President of the USSR Mikhail Sergeyevich Gorbachev, a book of condolences has been opened at the Embassy of the Russian Federation in the United States,” the message says.

It is noted that words of sympathy and condolences can be sent by e-mail to the press service of the Russian embassy.

On September 1, Russian President Vladimir Putin said goodbye to the first president of the USSR. Kremlin spokesman Dmitry Peskov explained that the schedule of the head of state does not allow him to attend the official farewell ceremony and funeral, which will be held in the Hall of Columns in the center of Moscow.

Mikhail Gorbachev died in the hospital at the age of 92 after a serious illness on August 30. According to Izvestia, the politician arrived at the medical facility earlier that day to undergo a routine examination.

The politician will be buried at the Novodevichy Cemetery on September 3. The farewell to him is organized by the protocol service of the presidential administration of Russia.

US President Joe Biden expressed condolences on Gorbachev’s death, calling him a man of outstanding views. UN Secretary General António Guterres noted that Gorbachev did more than anyone for the peaceful end of the Cold War.

As it became known, the memory of Mikhail Gorbachev will be commemorated in the Bundestag before the start of the debate on September 7. In addition, the German Left Party proposed that a street in East Berlin be named after Gorbachev.