The Russian military spoke about the tank duel with Ukrainian militants 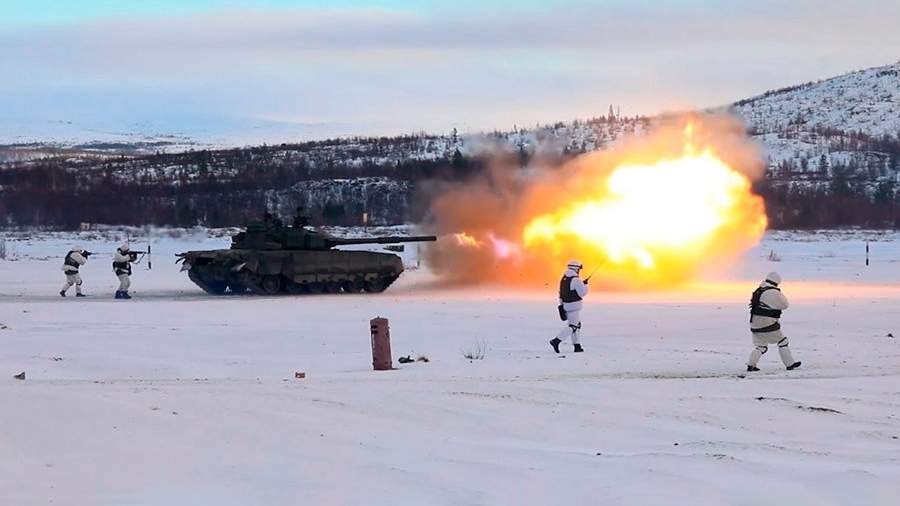 The Russian military, fighting on the territory of Ukraine as part of the 59th tank regiment of the 144th motorized rifle division of the Western Military District, spoke about the last tank duel with Ukrainian nationalists. this became known on Tuesday, January 10.

“On that day, in the morning, a task was received, coordinates were received, the guys called for help. The enemy tanks simply did not expect such a development of events that we would advance so brazenly and shoot back, ”said the fighter with the call sign Dim Dimych in an interview with RIA Novosti.

As the gunner-operator of the tank crew with the call sign “Flame” added, the main task that was assigned to the detachment was to calculate the exact coordinates of the Ukrainian armored vehicle, while two other Russian tanks distracted the enemy. According to him, the battle began immediately after the tank of Ukrainian militants discovered itself, opening fire on Russian armored vehicles.

“The enemy tank fired, and then, in fact, I began to look for it in the scope, when I saw it, I fired back. They fired back. Struck [в ходе боя] two tanks,” Plamya explained.

According to “Dim Dimych”, tankers most often have to work from closed positions, but direct clashes with the enemy can also occur from time to time.

“This is not the first time we have been advancing there: each time, advancing, we are waiting for an answer, we are waiting for an ambush, but nevertheless the task must be completed. The hardest part is finding the target. You perfectly understand when you ride that everything can end at once, but nevertheless you take it, ride and complete the task, ”concluded the fighter.

Earlier, on January 10, a Russian fighter with the call sign “Nelyudim” spoke about how the Ukrainian authorities had been brainwashing the country’s population for eight years. In addition, the fighter told the details of how Ukrainian territorial defense units operate during hostilities with Russian troops.