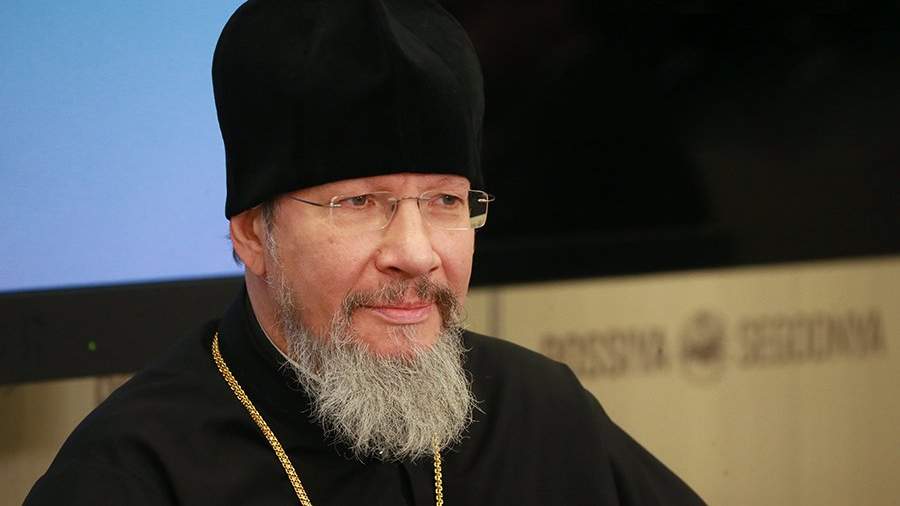 Adviser to the Patriarch of Moscow and All Rus’, Archpriest Nikolai Balashov, said on January 22 that the criminal case against the abbot of the Kiev-Pechersk Lavra, Metropolitan of the canonical Ukrainian Orthodox Church (UOC) Pavel, is another example of repression against the Ukrainian clergy for religious views.

It is noted that a member of the Ukrainian parliament, Yaroslav Yurchyshyn, said on January 19 that a criminal case had been opened against Metropolitan Pavel for inciting religious hatred because of his speech at the Christmas service.

“The initiation of criminal proceedings against the Viceroy of the Kiev-Pechersk Lavra, Metropolitan Pavel, on charges of “inciting religious hatred”, and in fact, of not recognizing the canonical legality of the schismatic OCU (Orthodox Church of Ukraine. – Ed.) is another vivid example of the repression that Ukrainian citizens are subjected to now for their religious beliefs. This is part of the fierce campaign that the Kyiv authorities are waging against the Ukrainian Orthodox Church, ”RIA Novosti quotes Balashov.

He stressed that the UOC is the largest religious organization in Ukraine. It unites more than 12 thousand communities and millions of believers.

According to Balashov, the criminal case against Metropolitan Pavel is additional confirmation of the religious intolerance of the Kyiv authorities, which Metropolitan Anthony of Volokolamsk spoke about at a meeting of the UN Security Council (SC).

Earlier, on January 17, Metropolitan Anthony of Volokolamsk, Chairman of the Department for External Church Relations of the Moscow Patriarchate, said at a meeting of the UN Security Council that the foundation of peaceful dialogue in Ukraine is being undermined by the government’s attempts to destroy the canonical UOC. According to him, only in 2022 “129 churches of the UOC” were captured.

The fact that the Russian side requested a meeting of the UN Security Council on the situation with the Ukrainian Orthodox Church was reported on January 13 by the Permanent Representative of the Russian Federation to the World Organization Vasyl Nebenzya. He noted that recently, in addition to the persecution of dissidents and opposition leaders, the desire to destroy the only canonical church in Ukraine has been added, which can lead to serious consequences.

On January 8, the rector of the monastery of the Kiev-Pechersk Lavra, Metropolitan Pavel accused the Ukrainian authorities of persecuting the church after the Christmas service in the cathedral by the head of the schismatic Orthodox Church of Ukraine (OCU) Epiphanius. According to him, the Assumption Cathedral experienced “outrage” as a result of the service of the OCU.

Prior to this, on January 7, President of Ukraine Volodymyr Zelensky suspended the citizenship of 13 clergymen of the UOC. According to Ukrainian media, the corresponding decree was signed by him at the end of December, but was not officially made public, since it contains personal information.

On December 2, the Holy Dormition Kiev-Pechersk Lavra became part of the schismatic OCU.

At the same time, the head of the synodal department of the Moscow Patriarchate for relations between the church, society and the media, Vladimir Legoyda, said that the decision of the National Security and Defense Council on measures against the UOC not only violates the rule of law, but also speaks of the loss of the remnants of common sense in Ukraine.

In 2022, the Ukrainian authorities stepped up their actions against the UOC. They searched the homes of bishops and priests, churches and monasteries, including the Kiev-Pechersk Lavra, in order to find traces of “anti-Ukrainian activities.” Thus, in December 2022, the Security Service of Ukraine (SBU) opened 50 criminal cases against priests of the UOC.