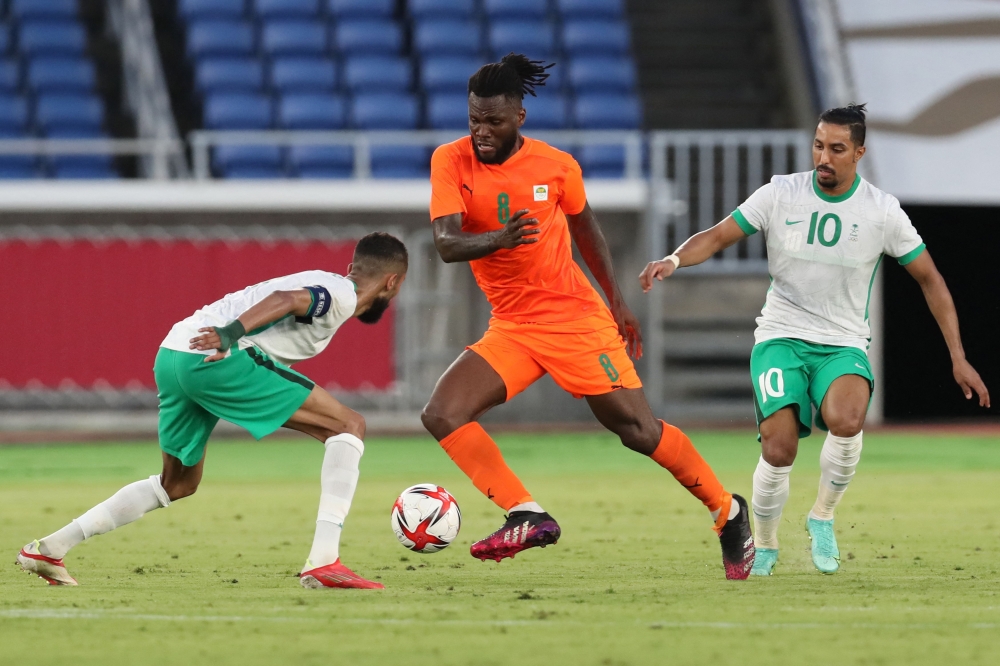 
Group D witnessed the loss of the Saudi national team against the Ivory Coast in the match that was held in Yokohama 1-2. Ivory Coast opened the scoring early by mistake Abdulelah Al-Amri when he was trying to clear a cross (39), but Saudi Arabia equalized through Salem Al-Dosari with a very beautiful shot from the outskirts of the penalty area (44).

Al-Dosari followed in the footsteps of former midfielder Fouad Anwar, who scored in the World Cup, the World Cup, and the Olympic Games.
In the second half, Milan midfielder Franck Kissier gave the Ivory Coast the winning goal with a left-footed floor from inside the area in the left corner of the goalkeeper’s goal (66).

Coach Saad Al-Shehri made several changes, and Al-Dosari almost scored a draw, but his ball bounced off the crossbar (83), to end the match with the victory of Ivory Coast, which completed the last moments with ten players after the expulsion of Abu Bakr Doumbia.

In another match, Mexico swept France 1-4 in Tokyo in the first group, which is witnessing the confrontation of Japan with South Africa. Mexico advanced two minutes after the break through Alexis Vega, and doubled the numbers through Sebastian Cordova (55).
French coach Sylvain Ripoll had sought to call up the likes of Eduardo Camavinga, Jonathan Iconet or Aurelian Chuamini, but the tug of war with their clubs prevented him from doing so.

Ripoll also called up world champion Florian Tofan and former international Andre Pierre Gignac, 35, who has been working in Mexico since 2015 with Tigres. Gignac, who played his last match with the national team in the 2016 European Cup final, reduced the difference from the penalty point (69), but Mexico responded with two goals by Carlos Antona (80) and Eduardo Aguirre (90 + 1).