The Saudi national team is preparing for Colombia.. Salem Al-Dosari continues his own exercises 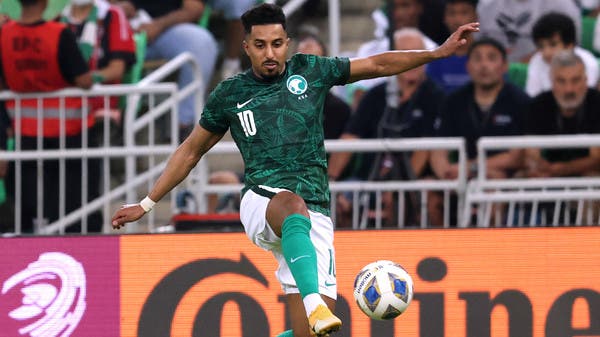 On Saturday, the Saudi national team concluded its preparations for a friendly match against Colombia on Sunday evening at the Nueva Condomina in Murcia, as part of the first phase of the preparatory program for the FIFA World Cup Qatar 2022, which begins in November.

The confrontation against Colombia will be the first among the matches announced by the Saudi team, which is against Colombia, Venezuela, Ecuador, Croatia and another team to be determined later.

The players conducted a training session on the “Lafinca Resort Stadium”, which began with warm-up exercises and then the squares exercise, before being divided into two groups, to conclude the training session with stretching exercises on a related level, while the player Salem Al-Dosari continued his exercises with the medical staff.