The Saudi Olympic faces Vietnam… and Al-Ammar was injured 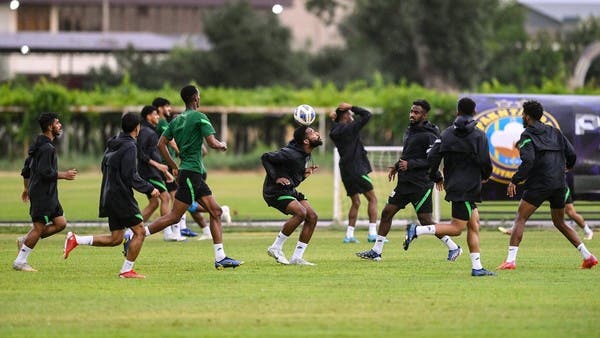 The Saudi U-23 team will play its match in the quarter-finals of the 2022 AFC U-23 Championship in Uzbekistan on Sunday.

The national team will meet Vietnam at the Lokomotiv Club Stadium in the Uzbek capital Tashkent.

The players of the national team conducted their training session at the Kibari Stadium in Tashkent under the supervision of Saad Al-Shehri and the assistant technical staff, during which they applied tactical exercises, followed by work on set balls.

The training session witnessed the non-participation of midfielder Turki Al-Ammar due to an injury to the connective muscle, and that he will undergo a treatment and rehabilitation program during the coming period.

The Asian Football Confederation, represented by the Organizing Committee of the AFC U-23 Cup 2022, held a coordination meeting for the match, during which a number of logistical, security, marketing, media and medical organizations were discussed, and the white kit for the match against Vietnam was approved.