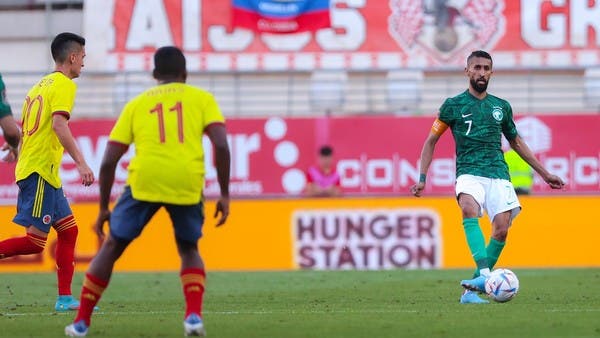 The Saudi national football team will conclude the first phase of its preparatory program for the Qatar World Cup 2022, with a friendly match against Venezuela on Thursday at the Nueva Condomina stadium in the Spanish city of Murcia.

It is the second match of Al-Akhdar in its current camp, after losing to Colombia 0-1 last Sunday, and it is the eighth friendly match that he is playing in Spain.

Saudi Arabia plays in a strong group in the World Cup finals, which begins next November, and includes Argentina, Poland and Mexico.

The green has never faced its Venezuelan counterpart, but it is the 25th match between the green and Latin American teams, winning only one, drawing 10 and losing 13 matches.

Al-Akhdar will enter the confrontation with full ranks after the return of Salem Al-Dosari and Yasser Al-Shahrani, who missed the last match, along with Abdul-Ilah Al-Omari, who the coach preferred to leave on the bench.

On the other hand, Venezuela, which failed to reach the World Cup finals after finishing in the last tenth place in the South American qualifiers, is seeking to appear differently in preparation for the upcoming events.