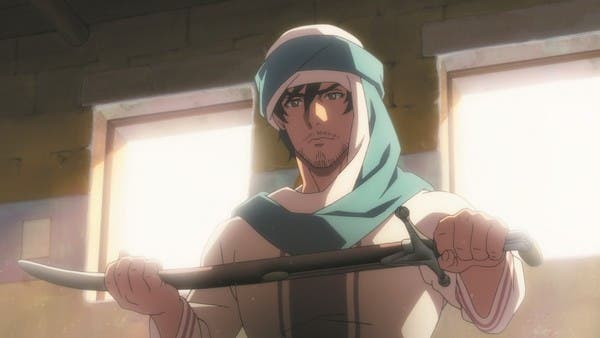 The Manga Production Company of the Mohammed bin Salman Misk Foundation was nominated for the Best Experimental Film award at the Septimius Festival Awards for the Saudi film “The Journey”.

The Septimius Festival in Amsterdam will host the most prominent international films, on June 7, 2022, in support of visionary and inspirational productions, and the presentation of distinguished films that have been produced globally, where the nominated films are selected on the basis of quality, originality and uniqueness.

From the movie “The Journey”

The awards ceremony will be attended by a large group of international award winners such as the Oscars, Emmys, Grammys and others.

The film “The Journey” was nominated for the Best Experimental Film Award for being the first animated film produced by the “Manga” production company in Saudi Arabia in cooperation with the reputable Toy Animation Company. This cooperation between the two teams adds uniqueness as it blends the experiences and methods of both countries. The film provides an exceptional experience for viewers through the use of 4 artistic styles such as watercolor style, traditional Japanese style and Van Gogh style. It was shown for the first time in an unprecedented way in animated films.

And recently, Manga Productions showed the movie “The Journey in English” on the screens of the Chinese theater in Hollywood in Los Angeles, America, as the first Saudi and Arab movie to be shown in this ancient theater. The movie was also shown for the first time in Japan and nine Arab countries. In addition to signing distribution agreements for more than 15 Asian country and 6 European countries.

A scene from the movie “The Journey”

It is worth noting that “The Journey” is the first Saudi movie to be shown in 4DX. The film is also available to watch on major broadcast platforms such as the “Crunchyroll” platform in the United States, the Arabic “Shahid” platform and more than 20 platforms in Japan.

Dr. Issam Bukhari, CEO of Manga Productions and Executive Producer of the film, commented: “Today, we are proud of another success added to the movie “The Journey”, as the nomination for the Best Experimental Film award at the Septimius Festival is considered a success for the Saudi and Arab film industry. As a result of the success of investing in Saudi talent, which we always strive to enhance. In Manga Productions through our various international partnerships, we will continue to export our culture and creativity to the world.”

On her part, Sarah Mohamed, Director of Animation and Stories Department at Manga Productions, said: “I am very happy with this nomination, and I am proud that we were able to communicate and display part of our history, culture and values ​​to the world in a new template and a distinct image through the film The Journey. Working on the project was a rich and enriching journey. Through cultural exchange, we experienced a team of more than 300 Saudi talents and experts and Japanese animation experts.Our Saudi team participated in all stages of work, from writing, through drawing, designs, animation, art direction, music and dubbing, to marketing and distribution worldwide.The film The Journey is a vivid example of the ability of Saudi youth to create, reach and influence on a global level, this is the beginning and our ambition is sky-high.”

The film The Journey, led by the famous Japanese director Kobon Shizuno, embodies the Arab historical heritage, as the idea was inspired by the history of the Arabian Peninsula. The film tells an epic story built on Arab heritage and revolves around a group of men who defend their peaceful city against an enemy with a huge army, in order to promote the idea of ​​historical imagination for future generations.

It is noteworthy that the manga company affiliated with the Mohammed bin Salman Foundation (Misk) is keen to produce animation projects and video games with messages aimed at communicating the Saudi culture globally through professional works that include distinguished creative content. It focused on transferring content-making techniques from advanced countries in this field, while nurturing young Saudi and Arab talents for the manufacture of comics and animation, and working on inspiring future heroes.