The second day of Tashreeq.. Mina is preparing to bid farewell to the pilgrims 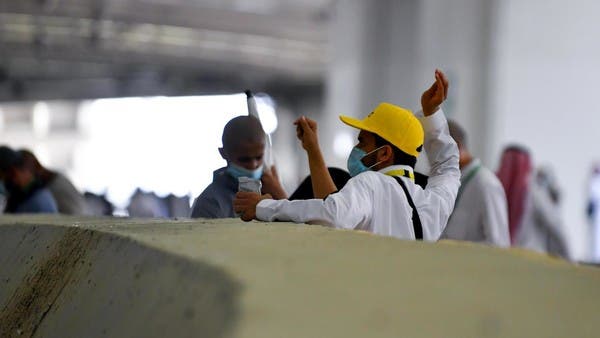 
The site of Mina is preparing before sunset on Thursday, corresponding to the second day of Tashreeq, to ​​bid farewell to the hurried pilgrims. Mina to throw the three Jamarat.

The pilgrims were also transferred to the Jamarat Bridge in accordance with a detailed procedural and preventive plan, to end all stages of stoning the Jamarat in a safe health manner, by placing specific colored paths that determine their movement, in addition to indicative ground posters to arrange their arrival, with direct field follow-up and full coordination with the relevant participating security and civil sectors. during the Hajj season.

While the Jamarat bags were given to pilgrims with special covers for each pilgrim after sterilizing them in advance in accordance with health protocols, starting with the small Jamrah, then the middle, and then Jamrat Al-Aqaba.

The Jamarat facility also witnessed a streamlining of grouping pilgrims via buses from their camps to and from the bridge, with the application of precautionary measures and intensive preventive measures to ensure that pilgrims perform the stoning of the three Jamarat with ease and ease.

The Jamarat facility is one of the most prominent projects in the Mina area, and it consists of 5 floors, where all support services are available for the convenience of the pilgrims, and the height of each floor is 12 meters.

After stoning the Jamarat on the last day of the Hajj, the pilgrim heads to the Grand Mosque in Makkah for the circumambulation, after the convoys of pilgrims have completed the performance of their rituals with its pillars, duties and obligations.

It is noteworthy that the spokesman for the Saudi Ministry of Health, Dr. Muhammad Al-Abd Al-Aali, had confirmed that no corona infection had been recorded among the pilgrims so far.

The Saudi Ministry of Interior also announced that the first and second phases of the Hajj plans have been successfully completed.

In addition, teams from the police, civil defense and ambulance were deployed inside the Jamarat facility while the pilgrims performed the ritual in preparation for any emergency.

A pump in Kerala that gives three liters of petrol for free even when petrol prices go up!

Karthika Deepam May 11 Episode: Karthik’s sad Monita! Like a maniac waiting for ’15 years ..

Corona 3rd wave affects children; What plan do you have to deal with? – Supreme Court question to the Central Government

China criticizes the WHO's proposal on Corona: arrogance and disrespect