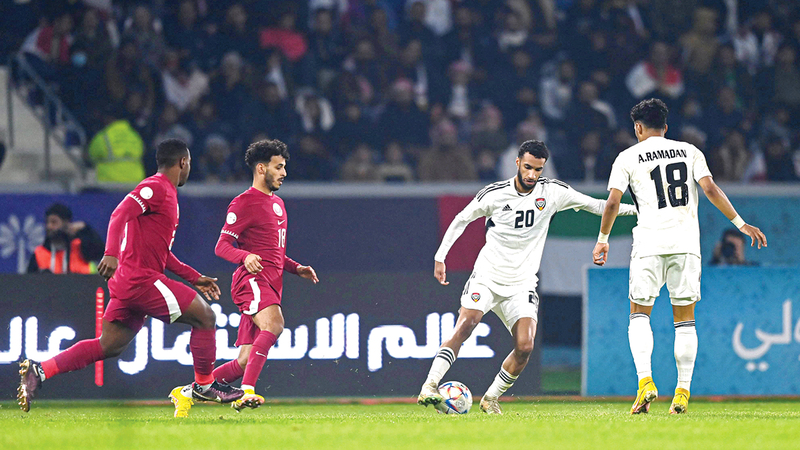 Athletes and technical analysts described the 25th Arabian Gulf Cup hosted by Basra, Iraq, which reached its final stages, after eight teams participated in it, as “weak” and does not rise to the level of ambition in terms of the technical level, noting that there are three main factors behind the tournament’s technical weakness, from Among them is the participation of most of the teams with new elements or reserve and second-row players, in addition to the fact that the tournament was devoid of well-known Gulf stars, as was the case in previous tournaments, in addition to the participation of a large number of foreign players in some professional Gulf leagues, such as the Emirates, Saudi Arabia and Qatar, which had a negative impact. At the levels of the Gulf players because a large number of them do not have the opportunity to play in local tournaments.

They told «Emirates Today»: «The non-participation of some teams with their main players negatively affected the technical level in general, but we hope to see better technical levels to give impetus to the tournament, and confirm its usefulness to the participating teams in terms of developing their technical levels and producing strong teams that can compete , whether at the level of the Asian Cup tournaments or the World Cup ».

And at the level of the UAE national team, which bid farewell to its competition in the first round, it participated with elements, most of which are young, participating for the first time in the tournament in the absence of influential and experienced elements, such as striker Ali Mabkhout, the top scorer of the last edition with five goals, and Omar Abdul Rahman, the best player in the Gulf 21 in Bahrain.

Iraq, Oman, Qatar and Bahrain (the defending champions) qualified for the semi-finals, while the UAE, Saudi Arabia, Kuwait and Yemen were bid farewell to the tournament.

Former member of the Football Association Board of Directors and technical analyst, Muhammad Matar, said that “the Gulf championship was technically unconvincing,” pointing to “the participation of a number of teams such as Saudi Arabia in the reserve team, as well as the Yemeni team in an abnormal state,” noting that “the championship Technically, it did not rise to ambition due to the absence of the main teams, and Kuwait and Qatar participated in two new teams, with the exception of some elements.” This constitutes a factor negatively affecting the Gulf teams participating in the tournament.

Regarding the existence of some problems in the organizational aspects at the beginning of its launch, such as the incident of the Kuwaiti delegation, Ghorab stressed that «this tournament is exceptional, as was the 20th edition of the tournament that was held in Yemen, stressing the importance of supporting Iraq and giving a sense of safety towards sports activity, calling on the Gulf media present In the championship, there is a need to overcome some of the existing lapses and support the championship.

For his part, the former international player and legal advisor, Salem Hadid, stressed that the Gulf Cup championship continues to have momentum and has its history, but the problem is that most of the teams participating in the tournament did not participate with first-row players as it was in the past, but rather in the second row, as they are looking for preparation for generation players. The second, pointing out that “whoever has a clear strategy and goals and has the tools that enable him to reach the preparation of a strong team that can reach the World Cup.”

Salem Hadid added, “Although the Gulf Cup is not a tournament recognized by (FIFA), it has importance for the people of the Gulf countries and the players of the region.”

1- The participation of most of the teams with new elements or second-row players.

2- The absence of known stars.

3- The participation of a large number of foreign players in some professional Gulf leagues.