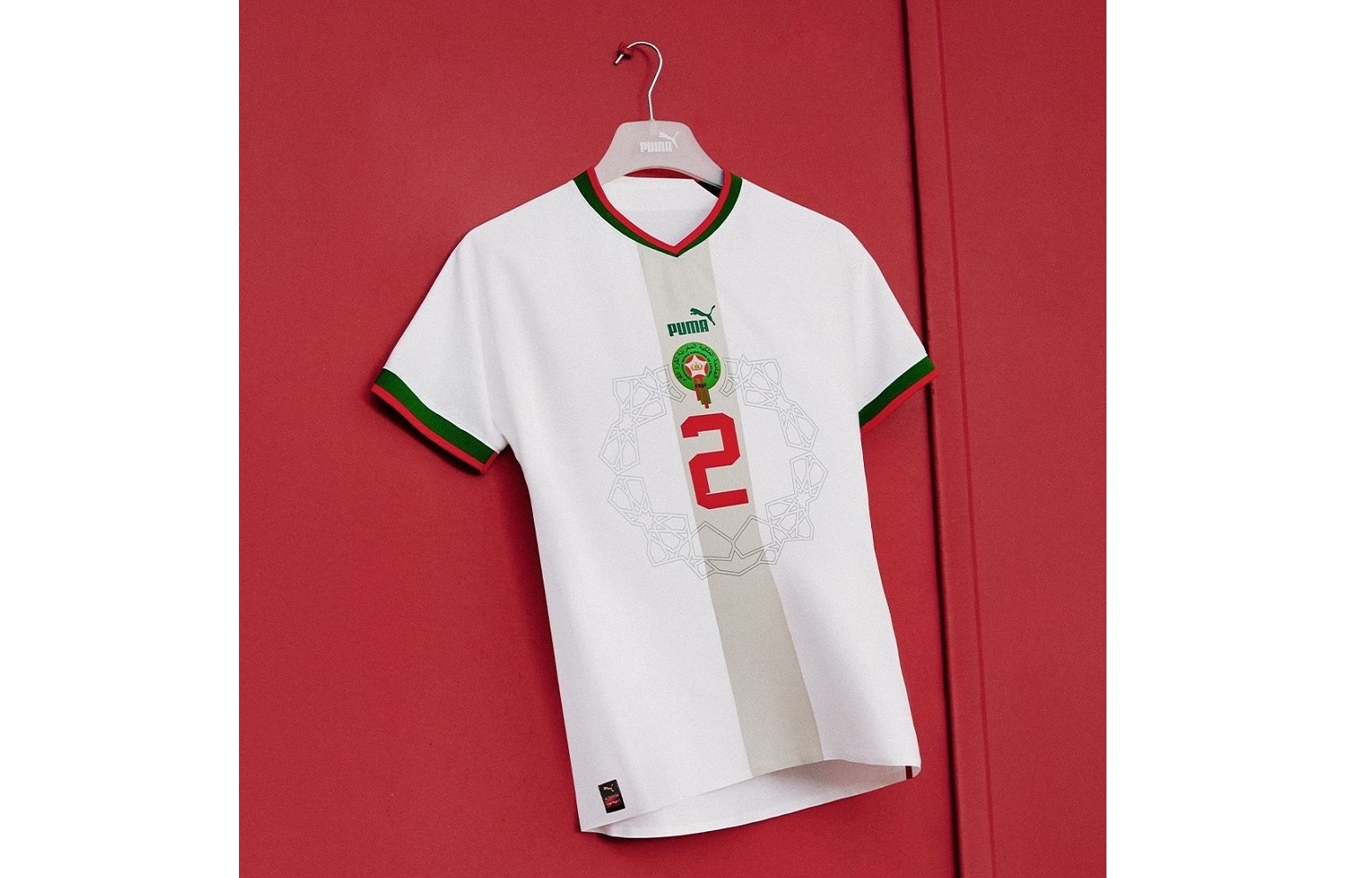 The German company, “Puma”, the global sports equipment company, revealed today, Monday, the reserve shirt of the Moroccan national team, in preparation for participating in the 2022 FIFA World Cup Qatar.

The shirt was white, with red and green stripes on the sides.

The official shirt, which will carry the red color, which the Atlas Lions usually play in, will be revealed later.

The Moroccan national team is participating in the World Cup finals for the sixth time in its history, and the Qatar 2022 World Cup was drawn in Group F, which also includes: Belgium, Canada, and Croatia.

It is noteworthy that the matches of the 22nd edition of the FIFA World Cup will be held for the first time in history in the winter season, from 20 November to 18 December 2022.