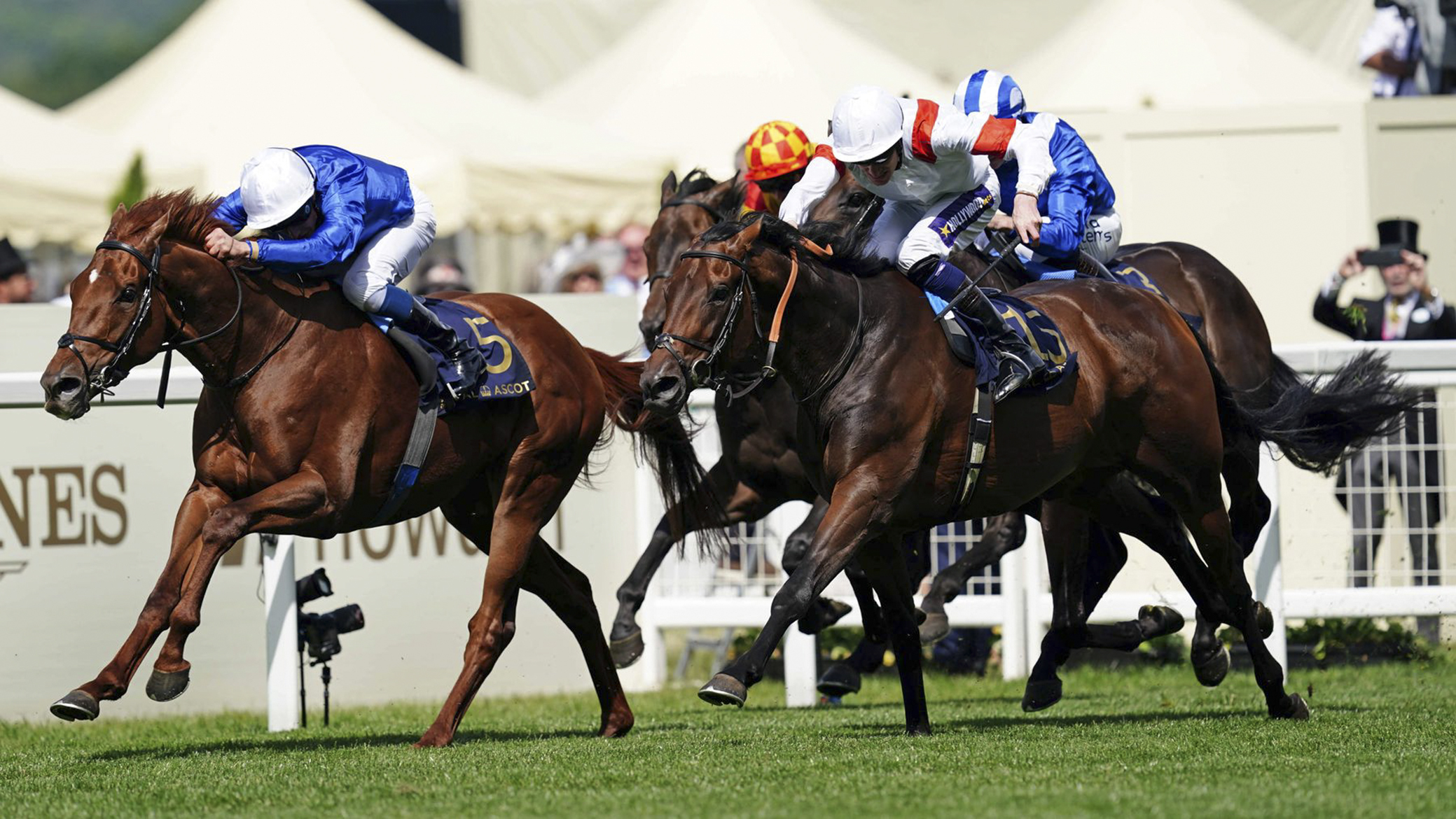 The “Secret State” pony, with the “Godolphin” logo and under the supervision of coach Charlie Appleby, was crowned the champion in the “King George V Stakes” for three years in the “Handicap” category, which took place today for a distance of 2,400 meters grass, and was held in the second round of the third day of the Royal Ascot Festival. The ancient British royal, which started last Tuesday in its 311th edition, will be unveiled on Saturday.
Secret State gave Godolphin its third victory at this year’s festival, after the victories of Curibas and Dubai Future on the opening day of the St James Palace Stakes for Group 1 and Wolverton Stakes for Listed horses. The Secret State also consolidated the victories of the country’s horses at the 2022 festival to four titles, after the undefeated “Bayd” pony with the “Shadwell” logo was crowned with the title of the first race of the festival, “Queen Ann Stakes” for the “Group 1” horses.
And jockey William Buick managed to lead the “Secret State” to stay close to the constellation of leadership during the early stages of the half, before unleashing him in the last 400 metres, capturing the lead and crossing the finish line in first place, with a time of two minutes, 32 seconds and 43 milliseconds, The “Short Head” difference from the second-placed Irish pony “Doville Legend” under the supervision of coach James Ferguson and led by jockey Daniel Moscott, while the third place went to the pony “Israr” with the “Shadwell” logo and the supervision of coaches John and Teddy Gosden and led by jockey Jim Crowley.