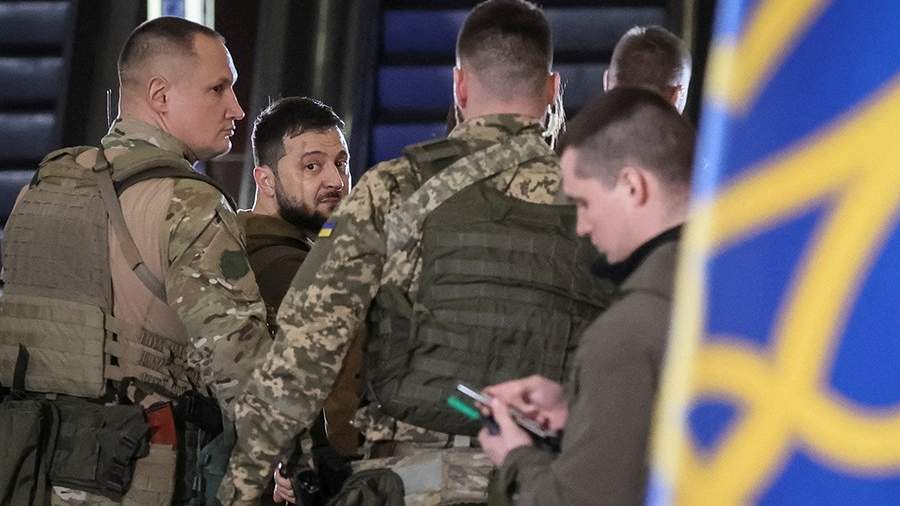 A picture of a Ukrainian military man wearing the emblem of the SS division “Totenkopf” on his uniform, which was published by President of Ukraine Volodymyr Zelensky in honor of May 9, is associated with the whitewashing of Nazism in this country. This opinion was expressed by Vladimir Dzhabarov, First Deputy Head of the Federation Council Committee on International Affairs.

“These are related things. See how Europe is rising in defense of Ukrainian neo-Nazism. They think that everything is going great and turn a blind eye to the atrocities that are taking place where the Ukrainian troops passed and where Azov and other nationalist battalions worked, ”Dzhabarov said in an interview with RT.

According to him, the Ukrainian leader, moreover, “never condemned Azov” (several criminal cases have been initiated against the nationalist group in the Russian Federation).

“Definitely, he expresses the interests of those Nazis who are now in power,” concluded the first deputy head of the Federation Council committee on international affairs.

Earlier Monday, Zelensky published a series of photographs dedicated to Victory Day over Nazism. One of the photos showed a Ukrainian soldier with the “Dead Head” emblem. After a while, the post was edited, and the photo of a soldier with Nazi symbols was removed.

On April 3, the President of Ukraine recognized the militants of the radical Azov group as part of the Ukrainian army. He also noted that allegedly some militants were punished by courts for violating laws.

On March 31, the Russian Foreign Ministry accused the Western media of shutting down the chapter on the atrocities of the nationalist Azov regiment in Ukraine, fulfilling a political order. In particular, representatives of the press in the Netherlands, Belgium, Great Britain and other countries are engaged in this, the Foreign Ministry said.