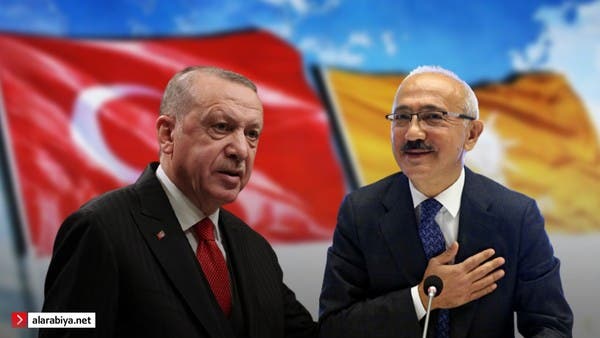 A former Turkish minister, a member of the ruling Justice and Development Party led by Turkish President Recep Tayyip Erdogan, is preparing to submit his resignation request from the party, similar to what Ahmet Davutoglu, former Turkish Prime Minister and former Minister Ali Babacan did in 2019, when both allies resigned Erdogan’s predecessors left his party before they later formed two new parties opposing the current ruling party.

Turkish media revealed the intention of Lutfi Alwan, the former Turkish Minister of Finance and Treasury, to resign from the “Justice and Development Party”, which he is a member of so far, due to differences between him and the Turkish President over the management of the currency crisis, which led to his dismissal from his position as Minister of Finance and Treasury at the beginning of the year. last December.

Alwan was not an important figure in the ruling party, and he was only carrying out Erdogan’s orders, which he was not convinced of, and led to his resignation from his position last month.

The Turkish non-governmental newspaper, Milli Gazete, which indicated in a report that Alwan intends to leave the ruling party, did not mention the date of the Turkish minister’s resignation from the Justice and Development Party, but sources close to him revealed to Al Arabiya.net that “the differences between Alwan and Alwan Erdogan has reached its climax, so his resignation is imminent, and it may be within weeks.”

Commenting on this, a Turkish political analyst said that “the former finance minister is already heading to submit his resignation, but this matter will not have direct negative effects on the ruling party or the Turkish economy.”

Aydin Sezer, an international affairs analyst for Al Arabiya.net added, “The impact of Alwan’s exit from the Justice and Development Party will be very limited, as he does not have as much influence in the ruling party as it was with Davutoglu and Babacan.”

He continued, “Alwan received the position of Minister of Treasury and Finance by chance, as he is specialized in economic affairs, and there was no better alternative than him when the ruling party was looking for specialists for this position, and therefore he was not an important figure in the ruling party and was only carrying out Erdogan’s orders, which he was not convinced.” It led to his resignation last month.

Sezer suggested that Alwan would join Davutoglu’s “Future” party, after his expected resignation from the ruling party.

In this regard, he said, “Alwan has good relations with the leader of the Future Party, who has confirmed this matter more than once, and therefore he may join his party later, as he is a close friend of Davutoglu.”

The differences between Alwan and the Turkish president relate to the former minister’s refusal to cut interest rates when he was Minister of Treasury and Finance before he submitted his resignation, which Erdogan agreed to at the beginning of last month, to appoint his deputy, Noureddine Nabati.

Also, Alwan, who served as Minister of Treasury and Finance for about a year, does not have good relations with the former Finance Minister and son-in-law of Turkish President Berat Albayrak.