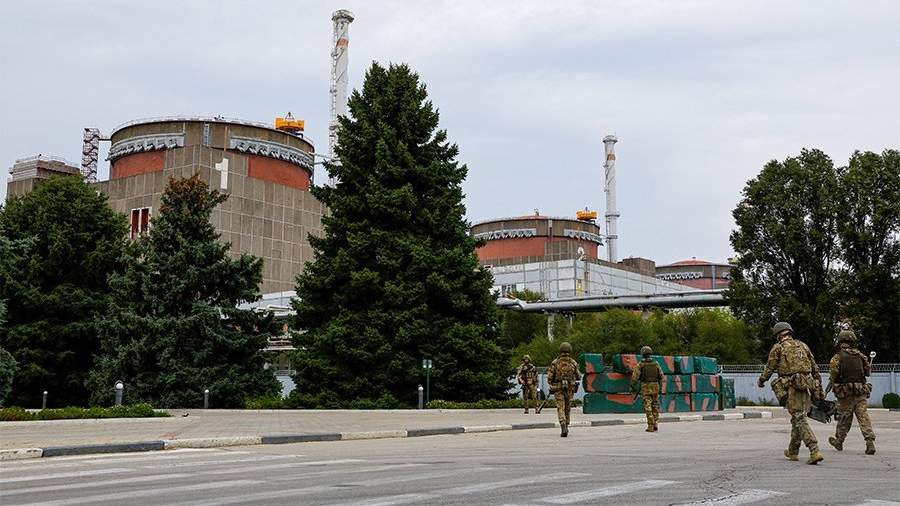 A serviceman with the call sign “Skif” on Saturday, September 3, told Izvestia correspondent Roman Polshakov about the destruction by aviation of a landing group of the Armed Forces of Ukraine (AFU), which was trying to capture the Zaporozhye nuclear power plant (ZNPP).

The forward detachment of the Ukrainian landing force advanced on motor boats in the direction of Energodar, and aviation immediately began to work on them. As a result, five motor boats went to the bottom, four caught fire and were also destroyed.

“Skif” explained that intelligence discovered a group of troops of the Armed Forces of Ukraine on the water, the coordinates of which were immediately transferred to the higher headquarters. After that, an air strike was carried out on enemy boats. The forward detachment was destroyed in one run.

“Two Su-30s were working and two Ka-52 helicopters <...> The range from the coast did not allow reaching small arms <...> so it was decided to report, and the command called in aviation,” he said.

The serviceman said that the enemy boats were moving without light and were moving at high speeds. According to Skif, the Armed Forces of Ukraine wanted to storm the Zaporizhzhya NPP, but they failed to do so. About 10 enemy boats managed to escape due to poor visibility, but a powerful blow was dealt to the landing force.

The fighter also said that the APU detachment had artillery support from the opposite bank.

“We are ready for anything, for any provocations from the Armed Forces of Ukraine, victory will be ours,” he concluded.

Earlier that day, the Russian Defense Ministry announced that on the evening of September 2, the Kyiv regime once again attempted to seize the Zaporozhye nuclear power plant. Two groups of boats and motor boats with a landing force of over 250 people tried to land on the coast of the Kakhovka reservoir in the Energodar region.

On the same day, Vladimir Rogov, a member of the main council of the military-civilian administration (MAC) of the Zaporozhye region, said that the ZNPP in Energodar was fired at least four times by the Armed Forces of Ukraine within two hours. It was noted that Ukrainian troops used heavy artillery. As a result of the attack, the Dnieper power line was interrupted, the nuclear power plant was transferred to power supply for its own needs.

On September 1, the Ministry of Defense of the Russian Federation also reported the explosion of four Ukrainian shells at a distance of 400 meters from the first power unit of the Zaporozhye nuclear power plant.

Zaporozhye NPP was taken under the protection of Russian forces during a special operation to protect the Donbass, the beginning of which President Vladimir Putin announced on February 24. The decision was made against the background of the aggravation of the situation in the region as a result of shelling by the Ukrainian military.