The “Sharjah Boat” is the second Formula 2 World Cup..and the “malfunctions” are chasing the Abu Dhabi team 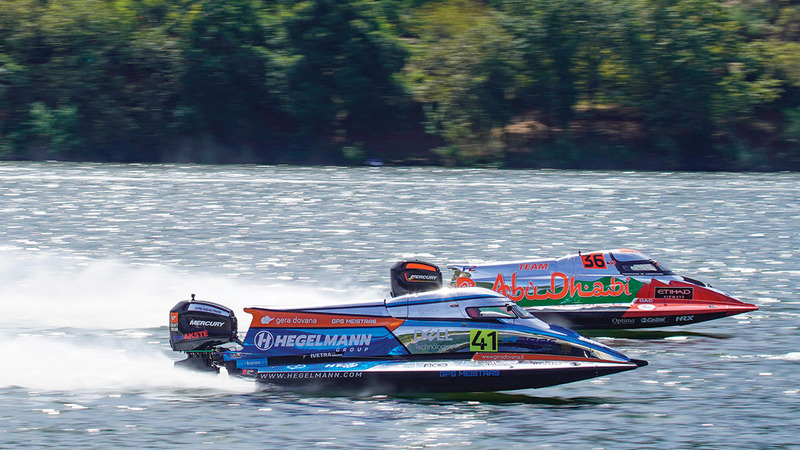 The Abu Dhabi Powerboat Team was unfortunate by the conclusion of the third round of the Formula 2 World Championship, whose competition was closed in Ribadoro, Portugal, after the Abu Dhabi 1 boat, led by Rashid Al Qamzi, exited and broke down from the main race at its beginning, after it was second, while the boat came in second. Abu Dhabi 36, and the leader of the competition, Mansour Al Mansouri, came sixth in the main race after a late start due to a malfunction he also suffered in the time race. The first place went to the Giacomo Sacchi boat of Monaco, while the Sharjah 17 boat led by Sami Sileo came in second, and thirdly the boat American 12 Brent Dillard.