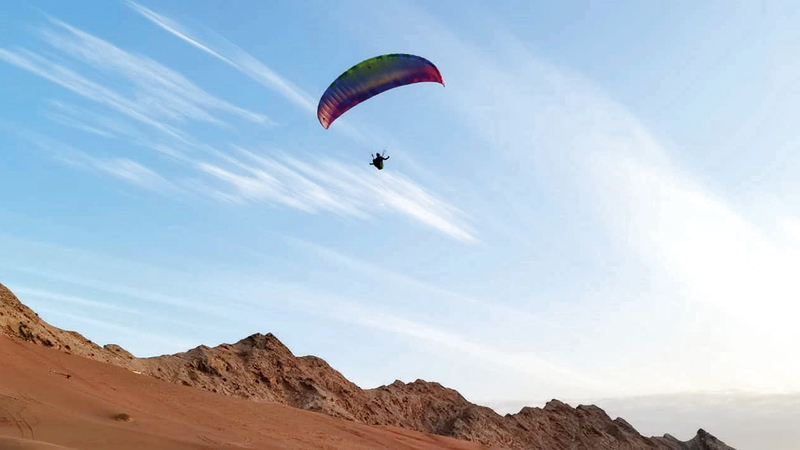 Today, the curtain falls on the competitions of the fourth edition of the Sharjah International Paragliding Championship, which was held under the patronage of His Highness Sheikh Sultan bin Muhammad bin Sultan Al Qasimi, Crown Prince, Deputy Ruler of Sharjah and Chairman of the Executive Council, for three days, with the participation of 60 pilots from 20 countries. A state of satisfaction dominated the officials of the Air Sports Federation at the success achieved by the fourth edition of the championship.

The deputy head of the tournament director, Youssef Al-Hammadi, said that the tournament was a success that exceeded all expectations due to the nature of the place that was chosen to be the scene of this event, which included 60 pilots from 20 countries, including 20 of the world’s elite pilots.

He added in press statements: “This large number indicates one thing, which is that the tournament has gained great fame and prestige at the regional and global levels, and this is what made the world champions keen to be present in that tournament.”

He added, “The start was good, despite the strong winds, but the experience of the pilots enabled them to make offers that won the approval of the audience.”

For his part, the Secretary-General of the Emirates Air Sports Federation, Deputy Director of the Organizing Committee, Mohamed Al-Mazmi, praised the launch of the championship and said that it is better than its predecessor.