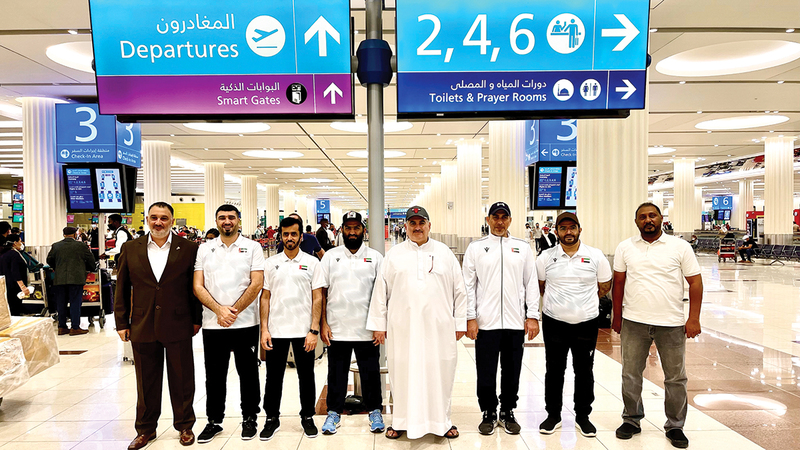 The delegation of the national shooting team for the hearing impaired has headed to Brazil to participate in the 24th Summer Olympics for the Deaf, which will run from 28th to 17th of May.

The mission was headed by Hamad Al Darmaki as head of the mission, and it consisted of: Coach Muhammad Hussein and translator Abdullah Taljabini, in addition to the players Rashid Al Shamsi and Hassan Youssef Hassan.

In a press statement, Al Darmaki confirmed his confidence in the players’ ability to provide the honorable performance expected of them, after they spent a very good preparation period before the tournament. He said, “The state’s participation in such major international forums is one of the goals that Emirati sports leaders set in mind, due to the need for friction and high-level competitions wherever they are.”

For his part, Theban Salem Al Muhairi, Secretary-General of the UAE Paralympic Committee, said, “The national team is able to raise the name of the nation high in such an important forum.” He stressed the importance of preserving the safety of the mission personnel in the first place, and following all safety procedures usually followed in such competitions.