‘The situation in Kashmir is returning to the 90s; What is the central government going to do ‘- Arvind Kejriwal 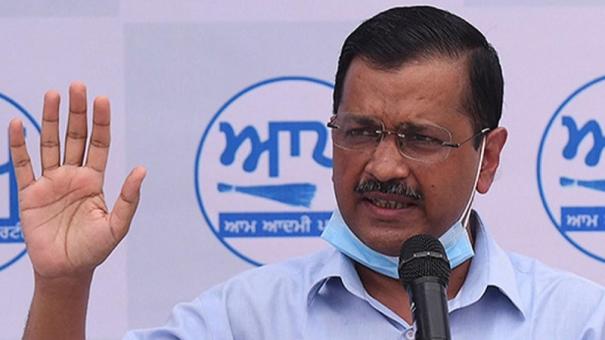 “The situation in Kashmir is returning to the 90s. What is the central government going to do beyond consultative meetings?” That has been questioned by Delhi Chief Minister Arvind Kejriwal.

The Aam Aadmi Party-led protest took place at the Jantar Mantar in Delhi today. The protest was held to condemn the Kashmir massacre and urge the central government to resolve the issue of Kashmiri Pandits.

Speaking on the occasion, Aam Aadmi Party (AAP) coordinator and Delhi Chief Minister Arvind Kejriwal said, “The central government is blocking the Pandit community from protesting against the planned massacre in Kashmir, which is nothing but doubling their misery.

The situation in Kashmir is returning to the 1990s. However, the central government is holding consultative meetings. The government should take constructive steps to get rid of the suggestions. Kashmir now urgently needs immediate action and solutions.

We put forward 4 recommendations to the Central Government to stop the planned massacres taking place in Kashmir.
First, make an action plan to prevent planned assassinations. Cancel agreements that Kashmiri Pandits cannot work outside Kashmir. Ensure their safety and fulfill all their demands for a peaceful life. “
Similarly, Kejriwal warned that Pakistan should stop its tactics of sabotaging the peace in Kashmir.

Speaking at the protest, Aam Aadmi Party MP Sanjay Singh questioned, “Prime Minister, Home Minister, Union Ministers and MPs shed crocodile tears over The Kashmir Files movie. Where are they all hiding today when Kashmiri Pandits are being massacred?”