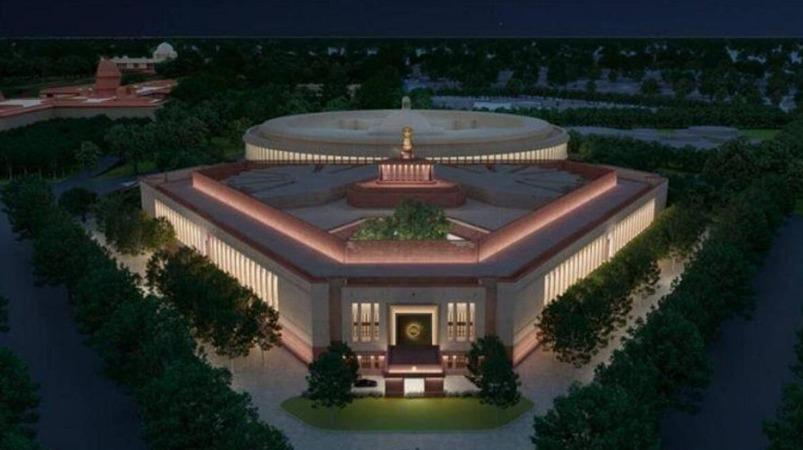 New Delhi: The construction of the new Parliament building has reached its final stage. Its new features have led to various speculations.

The Parliament Building, known as the Council House during the British rule, was built by Viceroy Lord Irvine. It was inaugurated on January 18, about 96 years ago and is still operational. Meanwhile, a new building is being constructed for security and additional facilities. Prime Minister Narendra Modi laid the foundation stone for this in December 2020. The Parliament Building is currently nearing completion.

Tata Company is constructing buildings housing the offices of central ministries under the name ‘Central Vistas’. A part of this is the new Parliament building. The new building with various modern facilities was scheduled to be completed last November. Now it seems that it will take another 3 months to complete the work.

The present building has a central hall. A joint meeting of both houses is held here. But the new building does not have a central floor plan. Instead of this, a hall named ‘Constitutional Hall’ is set up. Around this there is a library for the MPs of both houses and rooms for the parliamentary committees. Parliament related functions are said to be held in this arena.

In this case, it seems that the joint meeting of both houses will be held in the Lok Sabha of the new building. It is spacious enough to seat up to 1,272 members.

Similarly, there is a plan to take over the Women’s Reservation Bill, which has been pending for several years. Many prominent political leaders fear that they will not get another chance if this bill is passed. This is also a hindrance to the Women’s Bill.

In this case, it is said that a plan is being prepared to allocate constituencies to women in the reorganization.

In this way, BJP thinks that they will get the glory of passing Ammasoda. And the BJP believes that the women votes of the parties opposing this will also turn to their side.

Some changes to the new building are also expected to cause controversy. The seats in the Lok Sabha are in the color of India’s national bird, the peacock. Seats in Rajya Sabha are given lotus color. It is similar to the saffron color of Hindu organizations including the BJP.

As this favors the BJP, opposition is expected.

Along with this, the Sanskrit name to be given to the new building is also likely to be controversial. In order to prevent this information from being released in advance, the new building is restricted so that even its officers cannot enter without reason.

The new building is triangular in shape with an area of ​​about 65,000 square meters. The entire old building is to be converted into a museum.