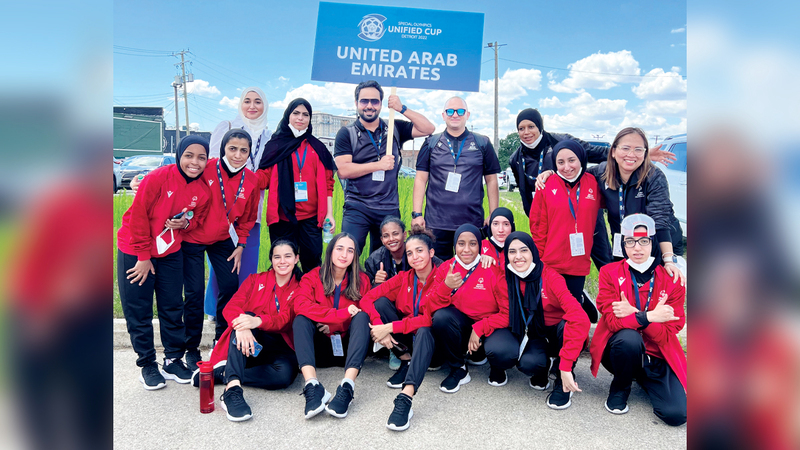 Tomorrow (Friday), the UAE Special Olympics team for unified women’s football will head to Japan to participate in a week-long training camp, in preparation for the World Games “Berlin 2023”. The team includes 16 players, including six players of people of determination with mental and developmental challenges, and five players from unified partners, in addition to the technical and administrative staff of the team.

The UAE Special Olympics, under the slogan “The Road to Berlin”, is preparing to participate in “Berlin 2023” with one of the largest delegations from the Middle East and North Africa region, as it consists of 75 players of determination with mental and developmental challenges and 32 unified partners, in addition to the administrative and technical staff. accompanying the delegation.

Talal Al Hashemi, National Director of the UAE Special Olympics Foundation, said: “We encourage all international participation of our players, out of our keenness to continue the global legacy of the Special Olympics World Games – Abu Dhabi 2019. The unified women’s football team in the training camp in Japan spreads the culture of social inclusion for this important segment of our society, and will establish the practice of sports among people of determination.”

It is noteworthy that the unified UAE women’s football team of the UAE Special Olympics has achieved honorable achievements during its participation in the Unified Special Olympics Cup in Detroit 2022, where it won the silver medal in its group.